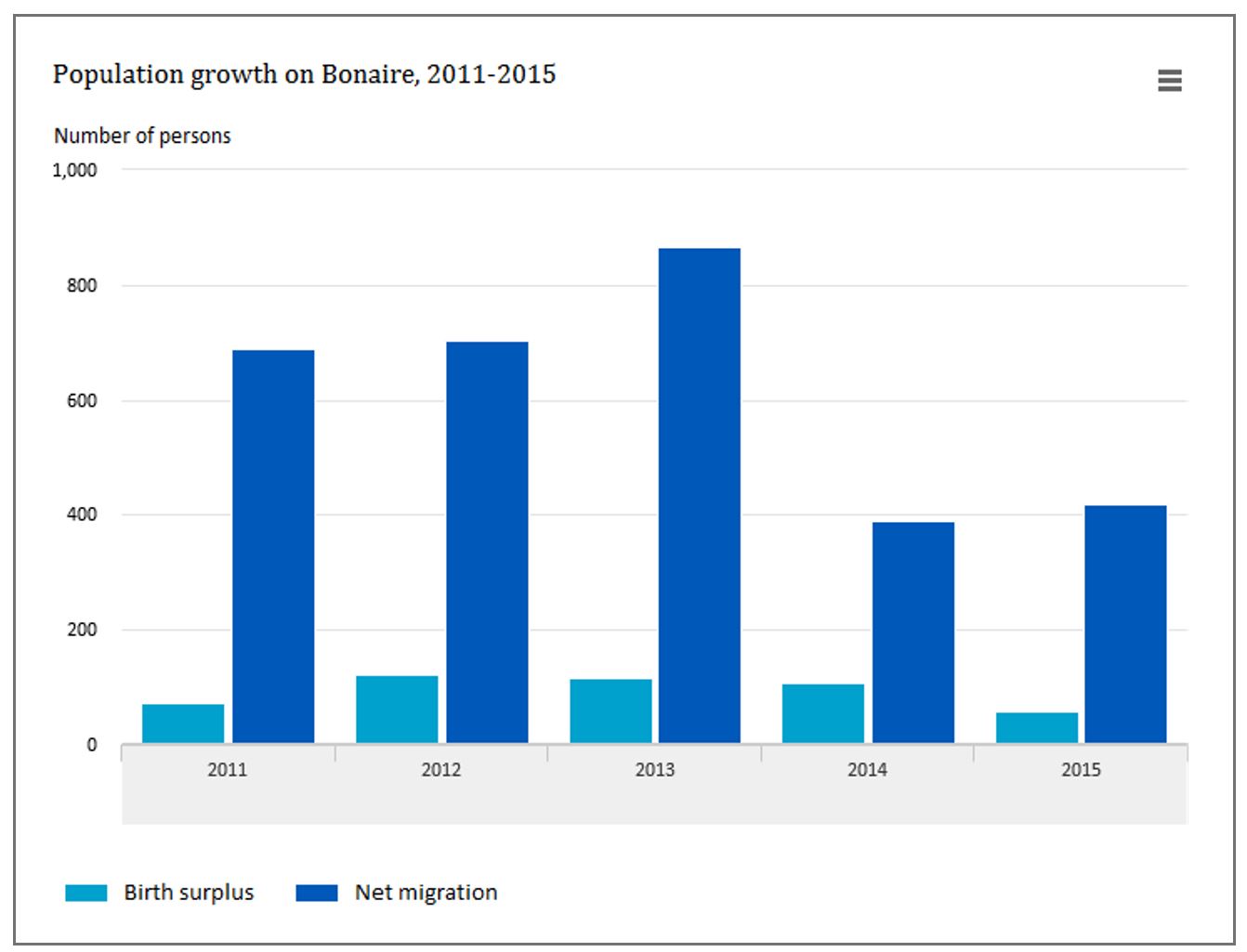 The population grows fastest on Bonaire, caused mainly by an influx of new inhabitants from abroad. Photo: CBS

Bonaire, St. Eustatius and Saba register a different development when it comes to the growth of the population. Bonaire at present is growing the fastest, while St. Eustatius is seeing a decline in the number of inhabitants. Saba has registered a slight growth in population numbers. This becomes evident from figures of the Central Bureau of Statistics (CBS).

Between January 2011 and January 2016, the population of St Eustatius declined by 13 percent to 3.2 thousand residents. The decline in Statia is not only the result of emigration; the census figure for the island has also declined after a cleanup of the data at the census office.

Between January 2011 and January 2016, the population of Saba increased by 6 percent to 1.9 thousand inhabitants. This was predominantly the result of immigration, according to CBS.