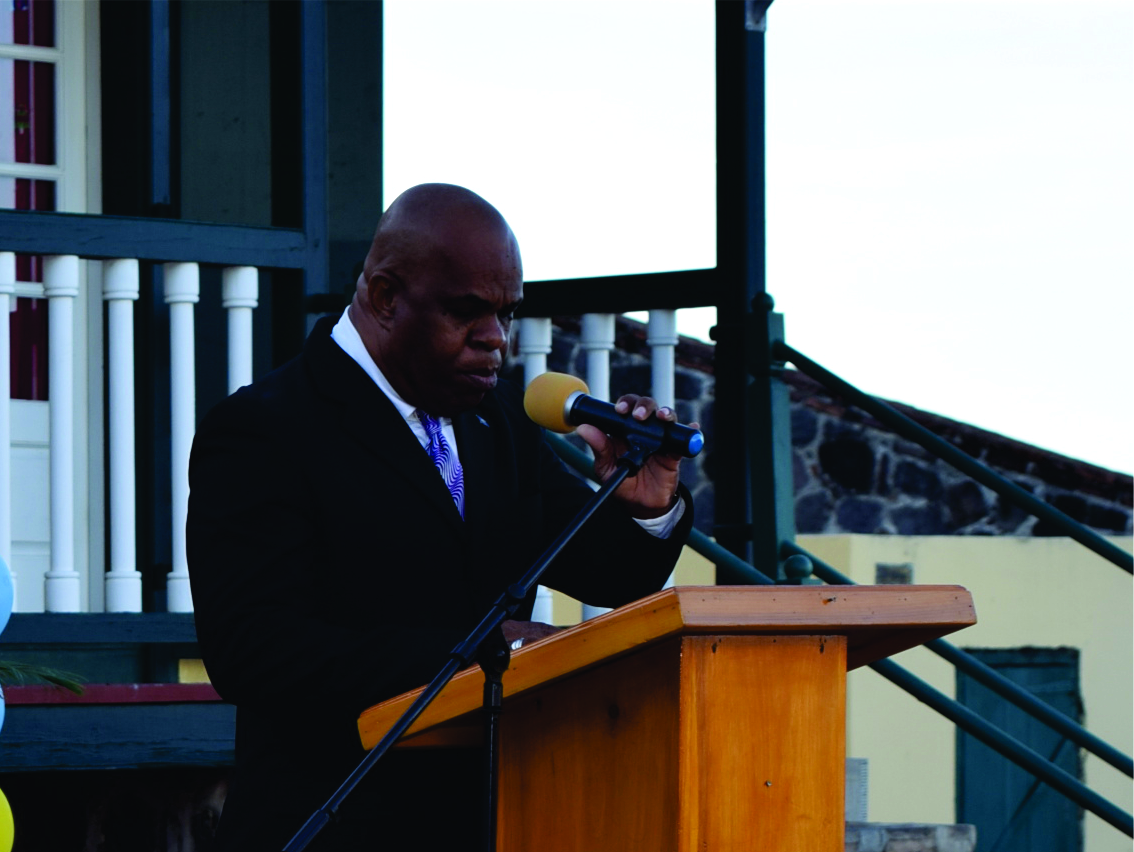 PLP-leader Clyde Van Putten, seen here on archive picture, will not be prosecuted for statements which were considered inflammatory. Photo: BES-Reporter.

Oranjestad- PLP-leader and Island Councileman Clyde van Putten will not be prosecuted for statements he made last month during a conference in Curaçao. During the conference Van Putten was heard saying in his speech that if The Netherlands were to send marines to St. Eustatius, they would be ‘killed and burned in the streets’.

The statements made by Van Putten were met with disbelief and dismay, both on St. Eustatius and in The Hague. Former Minister of Kingdom Relations, Ronald Plasterk, said he thought Van Putten had a screw loose in his head and said he would file a complaint against the politician.

Van Putten later distanced himself from his own statements, which he said to regret and he himself also considered out of place. Van Putten also apologized for the statements made, which had also been condemned by coalition partner Reuben Merkman.

The Prosecutor’s Office office also wrote that state secretary Raymond Knops, as successor of minister Ronald Plasterk -who had filed the complaint- in the meantime was informed of this decision.