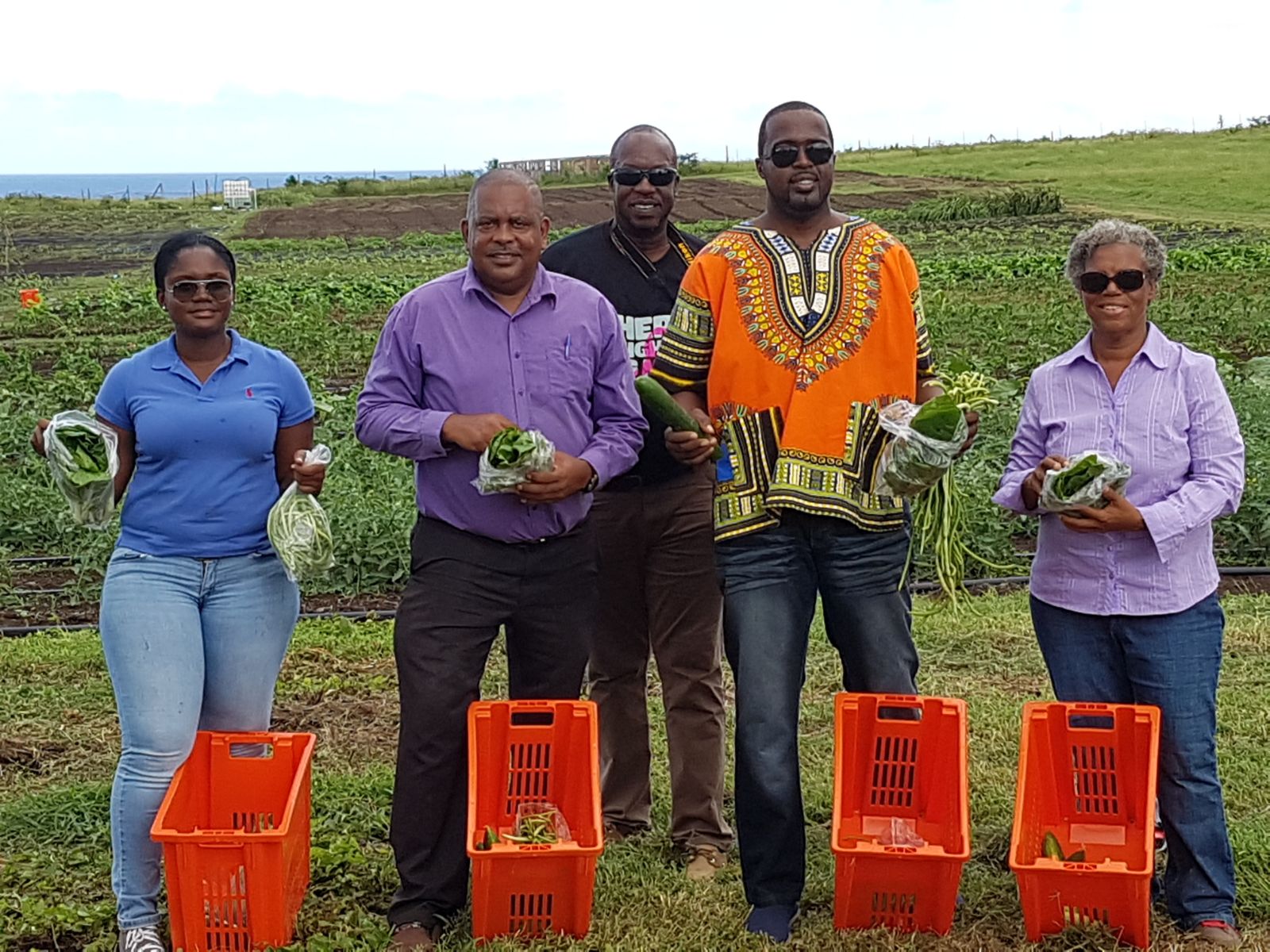 Spinach,cucumbers, string beans and bok choy are a few of the vegetables produced by Made in Statia. Seen on the photo are commissioners Simmons and Woodley, Berlushyne van Putten, manager of Social Affairs & Labor, Gregory Melfor and program manager Alcidra Richardson

Oranjestad- The focus of the PLP/Merkman government to achieve more local production and a greater degree of self-sufficiency is starting to pay off with the first harvest of various vegetables by Made in Statia. Some of the produce harvested this past week were spinach,cucumbers, string beans and bok choy.

According to commisioner Charles Woodley, the available new vegetables are a product of local Government’s push towards more agriculture and more self sufficiency.

“Government has as one of its focal points that St. Eustatius be more self sufficient when it comes to producing it’s own food”, said commissioner Woodley. According to Woodley, initiatives in the sector of agriculture have been actively supported by government.

Woodley also told the BES-Reporter that government’s aim is to create at least 50 – 75 jobs in local agriculture. According to Woodley, at the beginning of the program there was only one local farmer, but now there are three more farmers who are actively cultivating a range of vegetables on the island. Woodley says that government has contributed with making available the necessary ground, fencing and plowing. Money was made available from the post Integral Means.

Woodley says that local agriculture serves a number of goals: local food products are cheaper, the island becomes less dependent on others, the vegetables are fresher and much needed jobs are created in the local economy.

A recent report complied by Ecorys/Curconsult on request of former minister of Economic Affairs named more local production as one of the ways to combat high food prices on the islands.