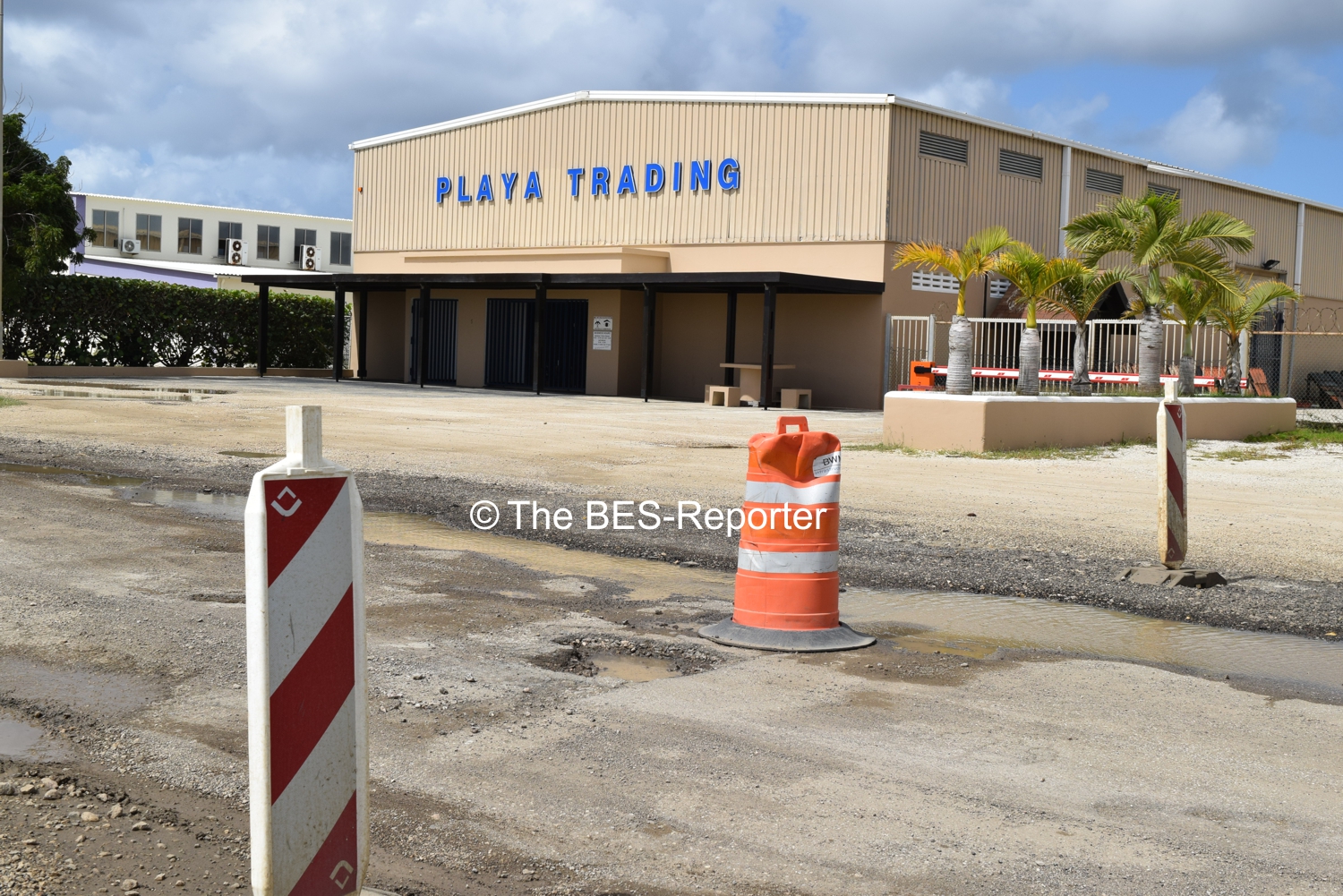 Kaya New Amsterdam in some areas has deteriorated to nearly dirt-road status after heavy rains.

Kralendijk- Just as is the case on our sister island Sint Eustatius, the heavy rains of the last few weeks have had a severe impact on the state of our public roads. In some areas, the roads have deteriorated in a state that can best be compared to a dirt road. The picture gives an impression of the situation on the Kaya Nieuw Amsterdam in front of hardware store Playa Trading, which has been affected particularly bad.

The efforts of the MPB/Fraction Bernabela Government to upgrade the state of our roads has been wiped out in a matter of weeks with the constant downpours the island has seen as of late. The situation of our roads underscores the need for a major investment in the infrastructure of the island. The filling of potholes and the resurfacing of existing roads with a thin layer of asphalt will no longer do when it comes to maintaining the roads in a reasonable condition. Some of the most important roads on the island, such as the Kaya Gobernador Debrot and now the Kaya Nieuw Amsterdam are in a very bad state.