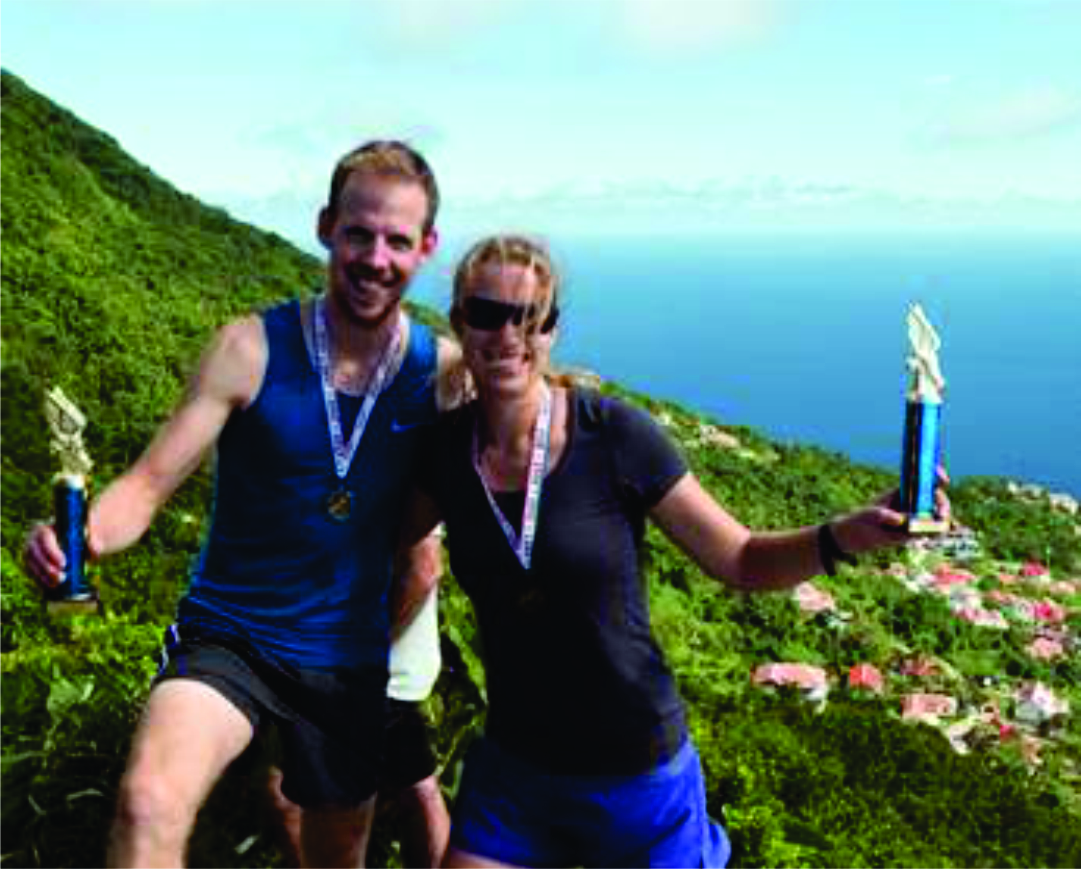 The race, named “Sea to Scenery” and touted as the single most robust climb in the Kingdom of the Netherlands, had 15 competitors undertake 900 meters of elevation gain as the course wound up from sea level to Saba’s majestic peak, Mt Scenery.

“The hardest race I have ever done,” said overall first place winner Hylkema, who completed the race in 55 minutes and 5 seconds. “It was great to see the turnout for the event.”

“I am definitely ready for the triathlon now,” said van der Horn – Plante, who finished as the race’s top female with a time of 1 hour and 4 minutes. “I was also very impressed with the level of organization and the network of volunteers who helped make the race a great success.” Kevin Baldauf and Peter Johnson rounded out the top 3 overall finishers with times of 58 minutes and 1 hour and 2 minutes, respectively.