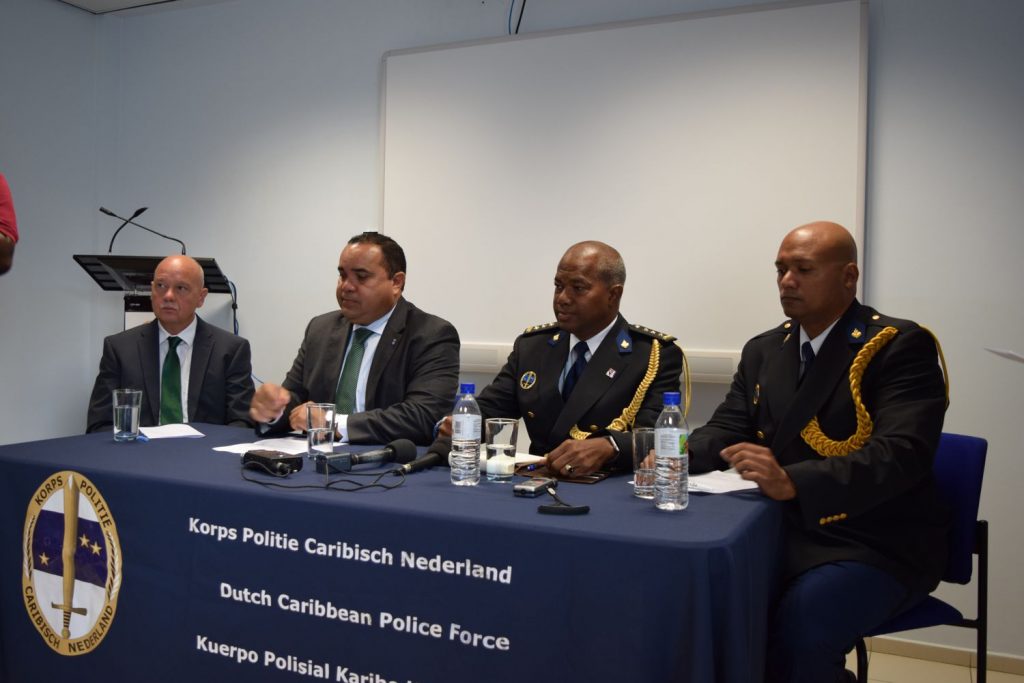 The Justice Triangle, consisting of the island governor, Police Department and Public Prosecutor made an appeal to the general public for help in solving the disappearance of Adriana Morales, shortly after she went missing. Photo: BES-Reporter

Kralendijk- Suspect R.E.G.S. was sentenced this morning to a prison sentence of 17 years. S. received this sentence for the manslaughter of cruise ship employee Adriana Morales de Florencio, committed in April 2017 on Bonaire. Subsequently the suspect was also sentenced for illegal firearm possession.

The judge stated that the suspect robbed Morales of her life with three knife stabs in the neck. He also tried to conceal his crime by burying the victim. According to the judge, the suspect is guilty of one of the most serious crimes known to the law. He has deprived the victim of the most fundamental right that man has, namely the right to life. “The loss of life is irreversible and now leads to enormous grief and loss of life to the victims’ relatives” said the judge in her verdict.

Family of Morales was also awared a financial compensation of 1,107.70 US Dollar in damages. The claim for of USD 20,880 in immaterial damages was however not granted.

The disappearance, (intended) rape and murder of Morales severely shocked the community, which is in general not used to such violent crime.