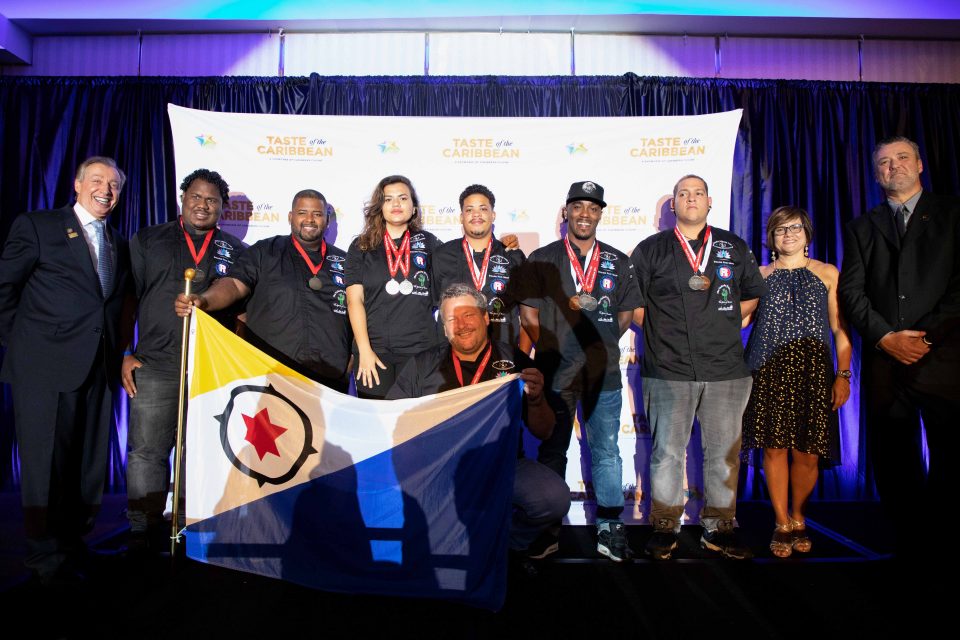 Competing with other national culinary teams from the Caribbean islands in the “Taste of the Caribbean 2018 in Miami” the Bonaire Culinary Team takes home no less than 7 medals, including the title for Best Rum Cocktail and the “Tony Mack Spirit of the Competition Award” ‘.

Chef Dustin Libiee participated in the Beef Competition where he won a bronze medal.

Senior Chef and Team Captain Miguel Saragoza received an honorable mention for his ‘Snapper and Sint Jacobs Shells & Beets Ceviche’ in the Chef of the Year Competition.

Senior Chef Sherundly Bernabela won a silver medal in the Seafood Competition. In addition, he also participated in the second edition of the Chocolate Competition, with which he won a bronze medal!

Bartender Kelvin Ventura has won silver in the Bartender of the year Competition and the title for Best Rum Cocktail! Of course with our local liqueurs Rom Rincon, Cadushy Vodka and liqueur.

Pastry Chef María Maestroni won a silver medal for her dessert, a dessert that the judges had never seen in the Taste of the Caribbean before.

As a team, led by manager Floris van Loo, they won a silver medal in the Team of the Year Competition!

No gold this year, but we ARE super proud of the Bonaire Culinary Team Bonaire with these impressive results.

Will you join us and welcome them on their arrival tonight at 6.55 pm ?