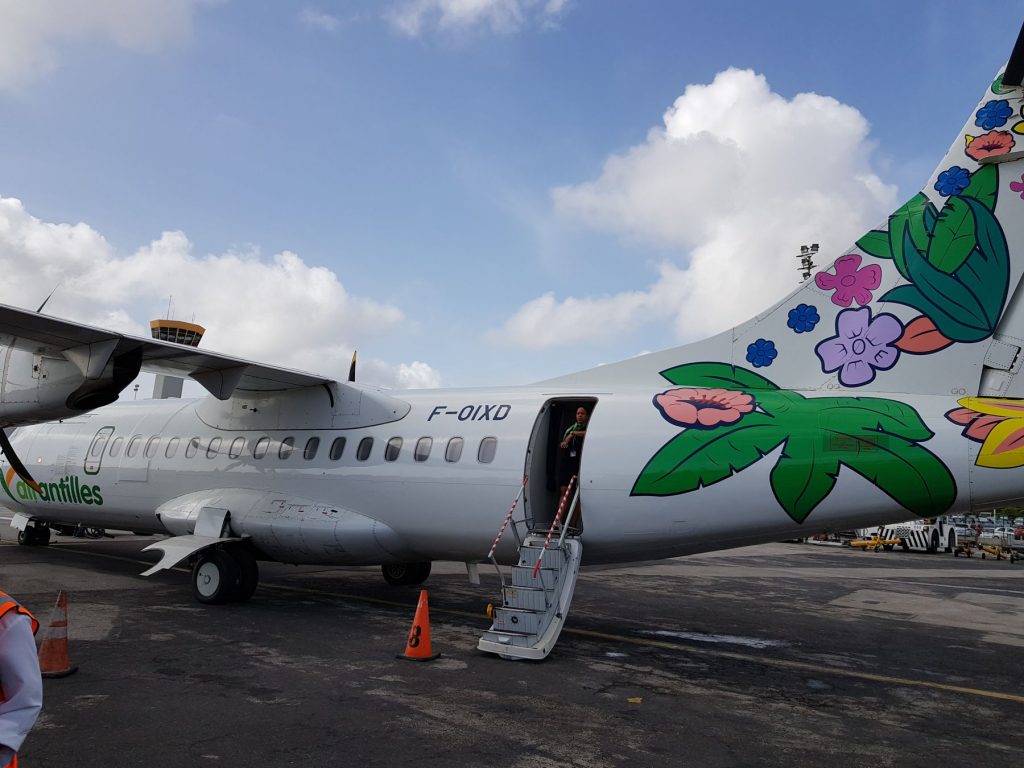 An Air Antilles ATR is seen on the platform of Curaçao International Airport. Photo: BES-Reporter

Philipsburg- Winair says that the omision of St. Eusatatius as destination in the in-flight magazine of partner Air Antilles is an unmeant omission and will (hopefully) be corrected in a next edition. Winair writes this in response to questions from the BES-Reporter, which recently noted that St. Eustatius was missing from the magazine indicating destinations served by Air Antilles in cooperation with Winair.

Whereas Saba, Tortola, St. Kitts and Nevis are highlighted as new destinations, St. Eustatius is not mentioned at all in the list of destinations served under the CaribSky Alliance.

“It was an omission by the writer of the publication, and because it is an Air Antilles-owned initiative we did not receive a draft prior to publication”, according to Marketing & Media Manager Helena de Bekker from Winair.

De Bekker states that Winair will request partner Air Antilles to correct the route map, as Winair invests a lot in marketing its core destinations which includes St.Eustatius. “These marketing investments also benefits our partner airlines in the Caribsky Alliance as well as all other code share and interline partners we network with”, according to De Bekker.

De Bekker thanked The BES-Reporter for bringing the omission of St. Eustatius to Winair’s attention.