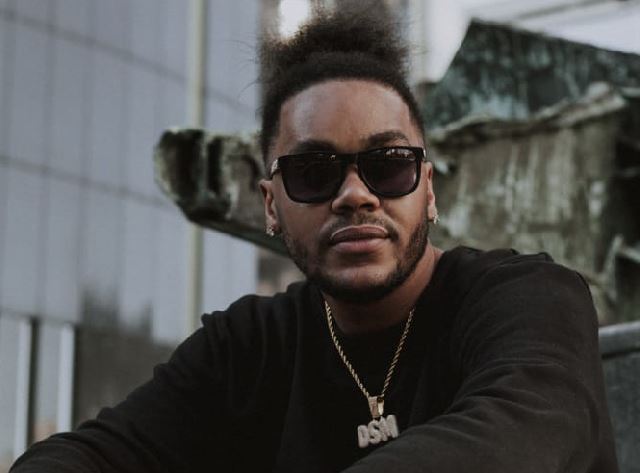 Ulyssese Lopes is a former student of the Golden Rock School and the Gwendoline van Putten School.

Oranjestad- Hip Hop Rapper Twizzle (Ulyssese Lopes), a former student of the Golden Rock School and the Gwendoline van Putten School will return to Statia to perform during Youth Night.

Based in Rotterdam, The Netherlands, Twizzle started with his music during the year 2009, after being influenced by many American Hip Hop artists. He started recording in 2009 and formed his own Independent Label Darkside Muzik (DSM) which features rappers like his brother Twich (Giuliano Lopes), his good friend TGB (Hoyed Hook Jr.) and his cousin Krosss (Chairon Rivers).

After recording a few songs he entered the online world with self-released mixtapes like in 2012 “Who Am I [pt.2]” before making any records for distribution.

With Twich, TGB and his cousin BLB (Aidid Pollard), who worked with him on releasing some early tracks, Twizzle already recorded and released around 100 songs online. Twizzle is ready to distribute his new music to all digital stores which is expanding on his melody, ominous style and increasingly intricate flows. He eventually developed more knowledge of the music industry and business behind it, and in October he had his debut single appearance on “In The Field” which features Trangkielo and Nemesis from the Independent Cloud Gang.

Lopes is currently preparing to release his very first single “Ride For You” featuring TGB on the 11th of November 2018 under his own Independent label, Darkside Muzik (DSM).
You can follow Twizzle on his social media platforms:

Saturday, November 10, promises to be a night full of talent showcased by the after school studebnts of the DOTK & MYF, the GvP School, Aloi dancers, Misha Spanner & students of the Simon Doncker Club, and so many more youngsters.