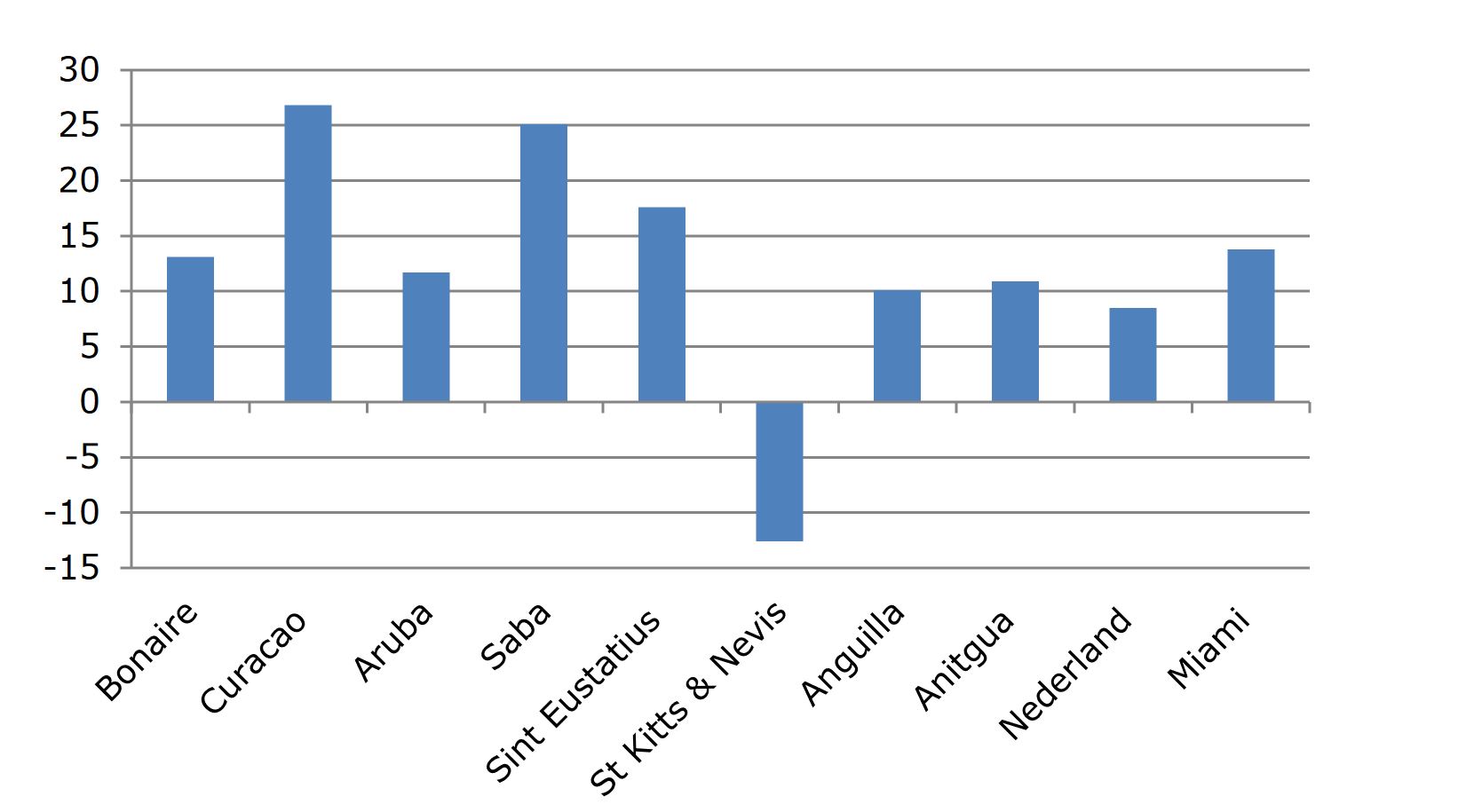 St. Kitts was the only island which registered a negative trend in the price of food products in the period 2010 – 2016, in a study commissioned by the Ministry of Economic Affairs.

The Bottom- St. Kitts seems to be an attractive and realistic alternative to St. Maarten when it comes to importing food items. This much becomes clear from a recent study done by the consultants of Ecorys and Curconsult, commissioned by Minister Kamp of Economic Affairs.

St. Kitts is presently already starting to be be used as alternative supplier, after St. Maarten was severely affected by hurricane Irma, limiting the ability of wholesalers on that island to provide St. Eustatius and Saba with needed supplies. Sint Maarten historically has grown into the main provider or point of transshipment for especially St. Eustatius and Saba.

The results of the study performed by Ecorys/Curconsult looked at the development of the Consumer Price Index (CPI) not only on Bonaire, St. Eustatius and Saba, but also on surrounding islands, including Antigua, Anguilla and St. Kitts.

Where all of the islands registered a significant increase in CPI for food products, only St. Kitts showed a significant decline in CPI of no less than 12% over the period 2010 – 2016. Although the study did not focus on the price level in absolute dollar terms, the negative CPI in St. Kitts seems to at least strongly suggest that the island might be a very interesting alternative for importing food products in comparison to, for instance, Sint Maarten.

One factor which has for a long time had an adverse effect on economic traffic between Saba, St. Eustatius and St. Kitts was the lack of reliable, scheduled and direct transportation to the neighboring twin-island republic.

With the implementation of a scheduled ferry-service last week between Saba, St. Eustatius and St. Kitts, addressing the lack of scheduled transportation, St. Kitts looks like an increasingly viable and very realistic alternative for importing food products and, potentially, other goods as well.