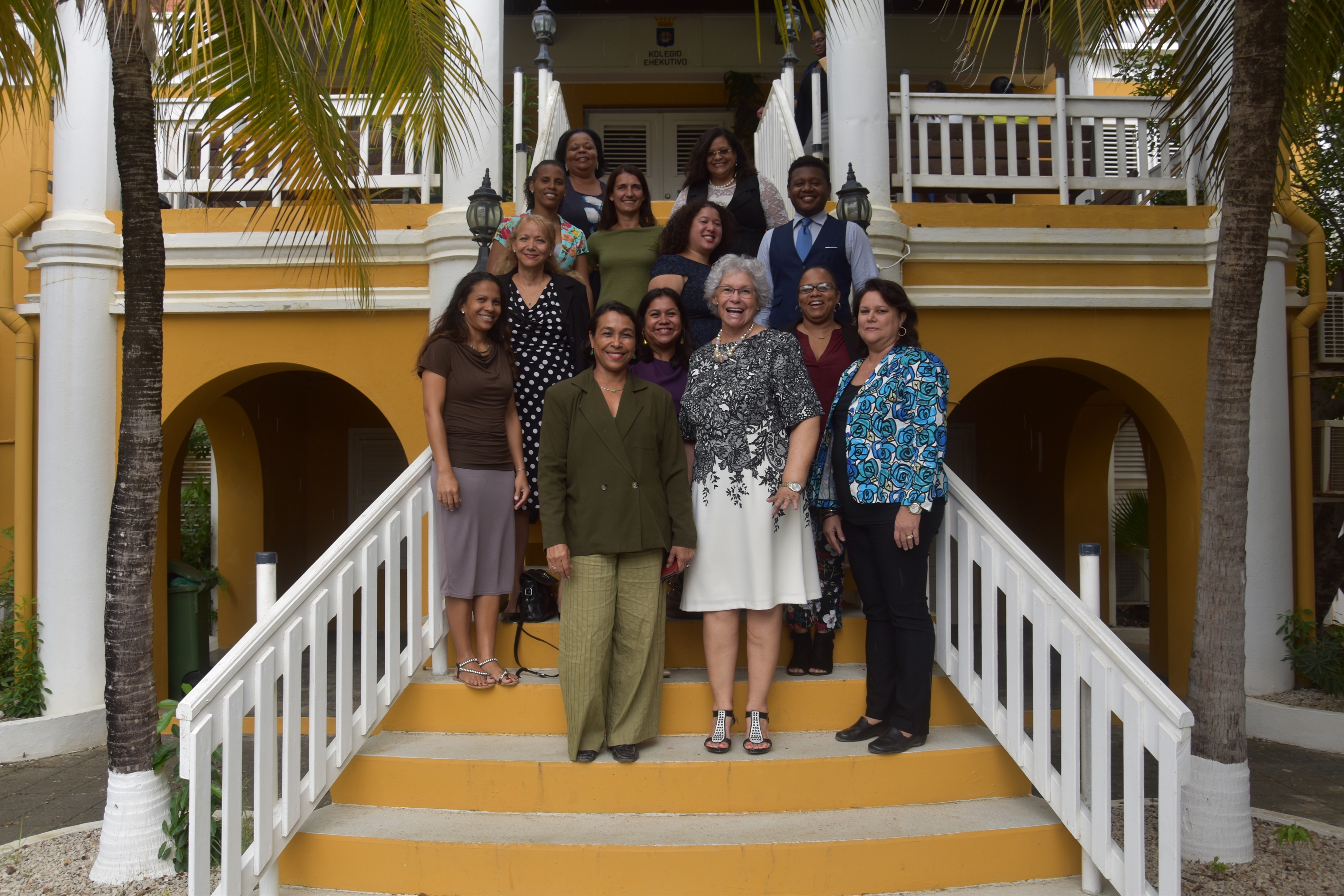 11 new government workers have been sworn in at Openbaar Lichaam Bonaire (OLB).

Kralendijk – The organization of the Public Entity (Openbaar Lichaam) Bonaire has been reinforced by 11 new government employees. The new employees were sworn in last week by Acting Lieutenant-Governor Evelina Betancourt-Anthony. Betancourt-Anthony in her speech gave an overview all that is expected of government workers and stressed on the fact that they will play a vital role in upholding the law and principles of integrity in the government organization. Local government on Bonaire has still quite some vacant positions for which the organization is still recruiting. The government of Bonaire in recent years has been plagued by many changes in the composition of the Executive Council (BC), which in turn has an impact in how the organization is managed or staffed. Judging on the happy faces of both acting Lieutenant-Governor and island-secretary Nereida Gonzalez, the new employees are most welcome in their new positions.