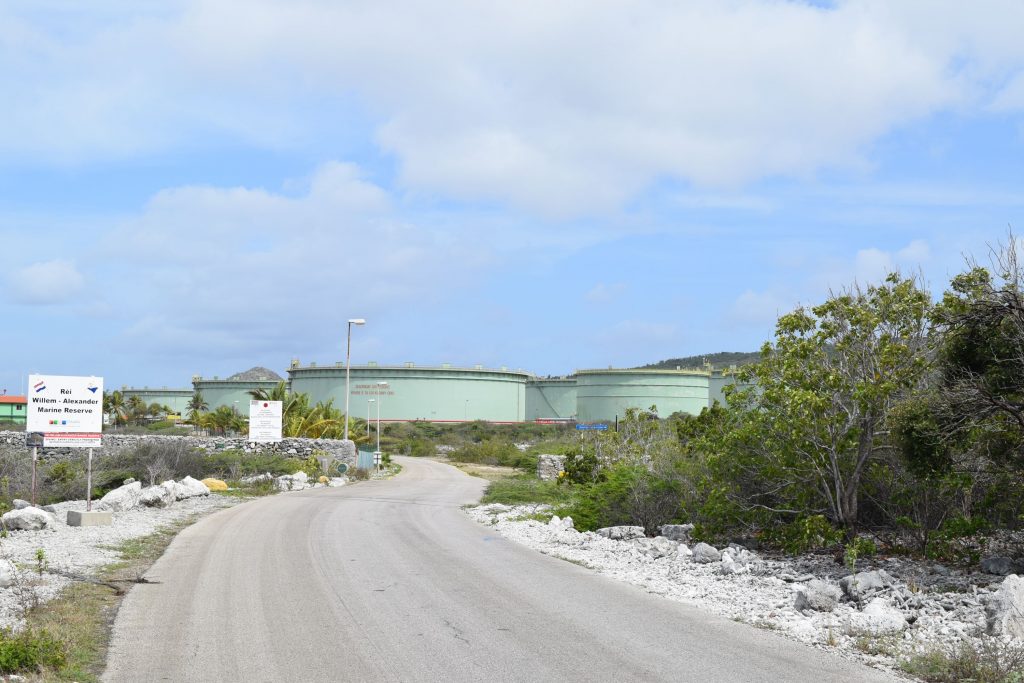 The contents of all tanks would have been confiscated by ConocoPhillips. Photo: Harald Linkels

Kralendijk- According to still unconfirmed but credible reports, an American company (Conoco Phillips) would have put a lien the entire stock of the Bonaire Petroleum Corporation (BOPEC), making it impossible for BOPEC to continue doing their normal business.

The lien on BOPEC’s stock is not unimaginable, because other assets, facilities and products have already been seized by American companies in connection with many debts of the Venezuelan parent company PDVSA, which is unwilling or unable to pay off debts they have with various companies worldwide.

The legal action by ConocoPhillips potentially endangers the island’s power production. In the meantime, there seems to be an agreement that would allow power producer ContourGlobal to use diesel oil stocked at BOPEC, but which was already paid for. However, that stock is sufficient for no more than 2 weeks of production. The question arises where possible new oil shipments for ContourGlobal should be stored.

Meanwhile, high placed officials of the PDVSA have arrived on the island to personally deal with the matter.

According to also unconfirmed reports, a press conference would be held tomorrow at the Venezuelan consulate in the course of the day, providing more details on the situation. However, the press has not yet received an invitation for this press conference.