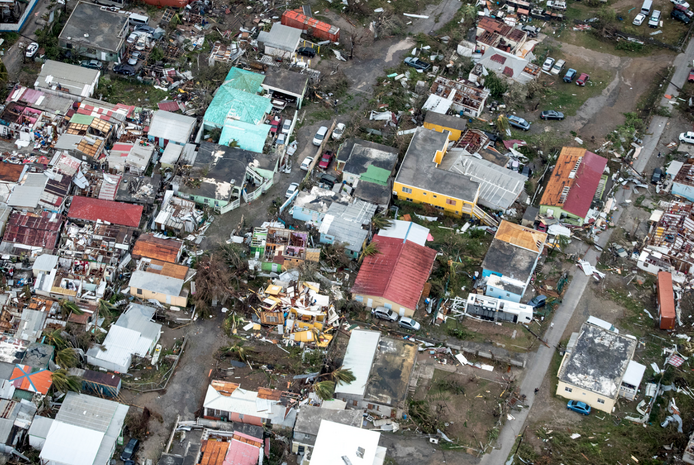 The Association of Dutch Municipalities VNG calls on her members to donate for hurricane relief efforts after the destruction caused by Hurrican Irma. Photo: Dutch Defence Force

The Hague- The Association of Dutch Municipalities, de Vereniging van Nederlandse gemeenten (VNG) has called on its members to support Sint Maarten after the havoc caused by hurricane Irma. This can be read on the website www.gemeente.nu. The association says to have taken note of the devastation caused by Hurricane Irma on the islands of St. Maarten, St. Eustatius and Saba.

The mayor of Utrecht and VNG chairman Jan van Zanen said: “It is horrible to see the destruction caused on the islands, and especially on Sint Maarten. Everyone knows someone who lives or has lived there. We will help our members Saba and St. Eustatius and of course also the island of Sint Maarten. We support the call made by the Prime Minister to donate”, according to Van Zanen.

According to the VNG, together with the Ministry of Interior Affairs and Kingdom Relations, it is further investigating how Dutch municipalities can actually contribute to the recovery of the damage and alleviation of human suffering on the Caribbean islands.

OCaN, the Antillean interest protector in the Netherlands, also wants to start a relief operation together with the municipality of Amsterdam. This was said by OCaN president John Leerdam. According to Leerdam, a concrete plan for the planned relief action is not yet available. “However, OCaN has already been in contact with officials of the municipality of Amsterdam and the Ministry of Home Affairs and Kingdom Relations”, said Leerdam. “This is not something of ‘they’ or ‘us’ but of our Kingdom on a whole,” said Leerdam.

The Dutch Red Cross on Wednesday opened giro 5125 for assistance to Sint Maarten, St. Eustatius and Saba. Premier Mark Rutte during a live press conference on Thursday had already made a call on the entire population to donate money for hurricane relief efforts on the Dutch Islands.