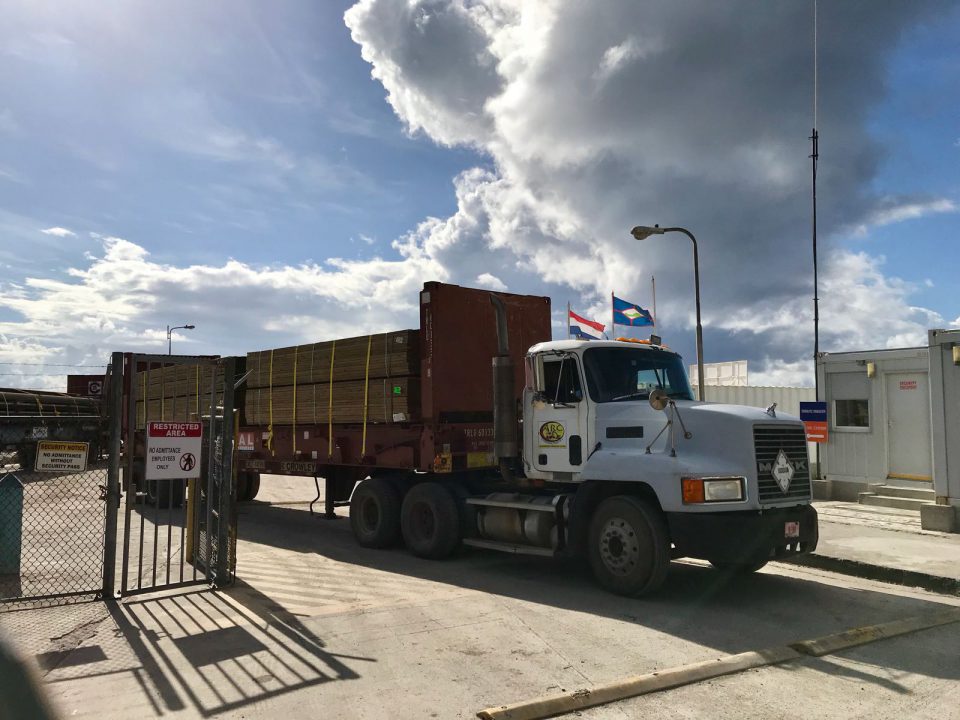 The first shipment of construction material for rebuilding St. Eustatius following the passage of hurricanes Maria and Irma has arrived. The second shipment is currently underway and will reach the port of St. Eustatius during the upcoming weekend. The first transport was carried out safely under the guidance of the Caribbean Netherlands Police Force.

The building materials (mainly wood, steel and zinc) and the costs of tender are being funded by the Dutch Central Government. The rebuilding will be approached in several phases and will at this time be focused on rebuilding homes that were most severely damaged. The rebuilding project is managed and monitored by Mr. Raboen de Sanchez Pacheco supported by Mr. Van Heijningen, Mrs. Bennett, Mr. Hook, Ms. Francis and Mr. De Jong under the supervision of acting Island Governor Mr. Woodley. In addition to contractors the project hopes to realize minor repairs through social initiatives.

On Thursday November 2nd the Rebuilding Team is hosting another meeting with a select group of homeowners who have suffered material damage to their homes. They will be briefed on the process for rebuilding their homes in the second phase of the project. The act. Island Governor recently addressed inhabitants via local radio. In his statement he requested homeowners to cooperate with the Rebuilding Team as well as the contractors. “I know many homeowners are eager to return to their homes for the Christmas season. I have asked contractors to focus on rebuilding strong in accordance with the BES construction code. This is the main goal”, stated Woodley.