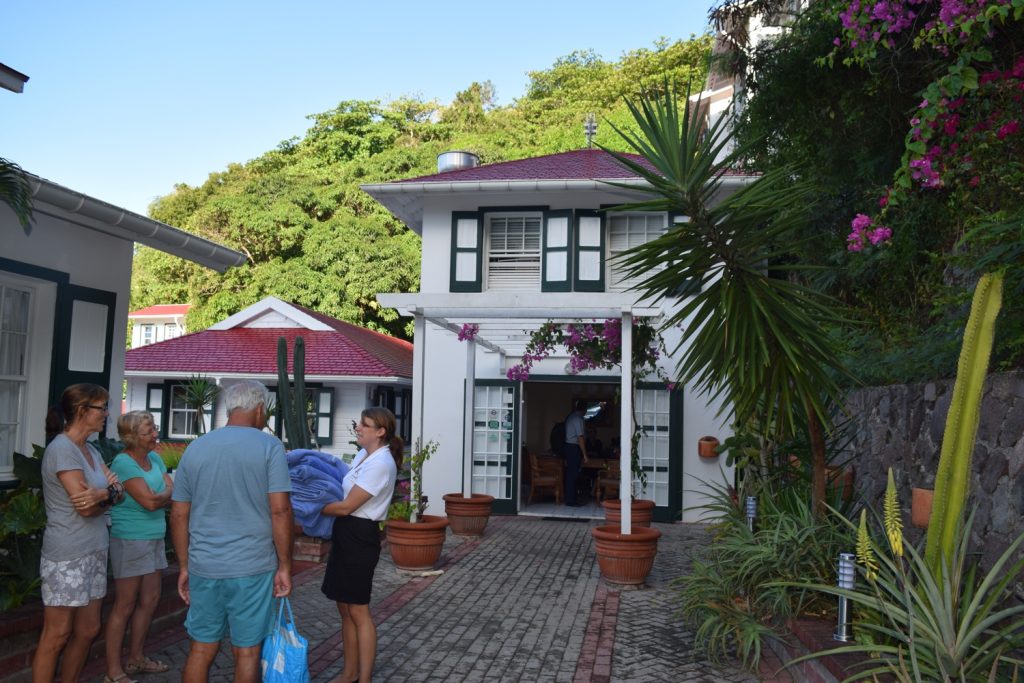 Tourism entrepreneurs, such as hotels, have been hit hard after hurricanes Irma and Maria. Photo: BES-Reporter.

The Hague- Tourism on the Dutch islands of Saba and St. Eustatius has been hit hard since September last year, as a result of hurricanes Irma and Maria. Not only because of the damage sustained on the islands themselves, but also due to the situation on the island of Sint Maarten, the main aviation hub for both Saba and Statia.

In order to support this sector in this part of the country, the Ministry of Economic Affairs and Climate (EZK) in coordination with the Ministry of the Interior and Kingdom Relations (BZK), on behalf of the Cabinet, is making a one-time sum of 2.48 million dollars available as compensation for loss of earnings after the hurricanes.

Entrepreneurs on these islands can, as of January 30th until April 25th, submit a request to the National Office for Entrepreneurial Netherlands (RVO.nl).

“With my own eyes I have seen what a devastating effect hurricane Irma has had on the Islands. On the Dutch islands of St. Eustatius and Saba, the tourism sector, for a significant portion, provide jobs and income of many families. With this arrangement the Cabinet is helping affected enterprises in the tourism sector to bridge this difficult period of reconstruction”, said State Secretary Raymond Knops in his motivation of the measure by the Dutch Companies.

The support is for the period September 2017 through February 2018 and is 25% of the expected annual turnover. In order to substantiate the application for the support the entrepreneur will be required to submit turnover figures from 2014, 2015 and 2016.