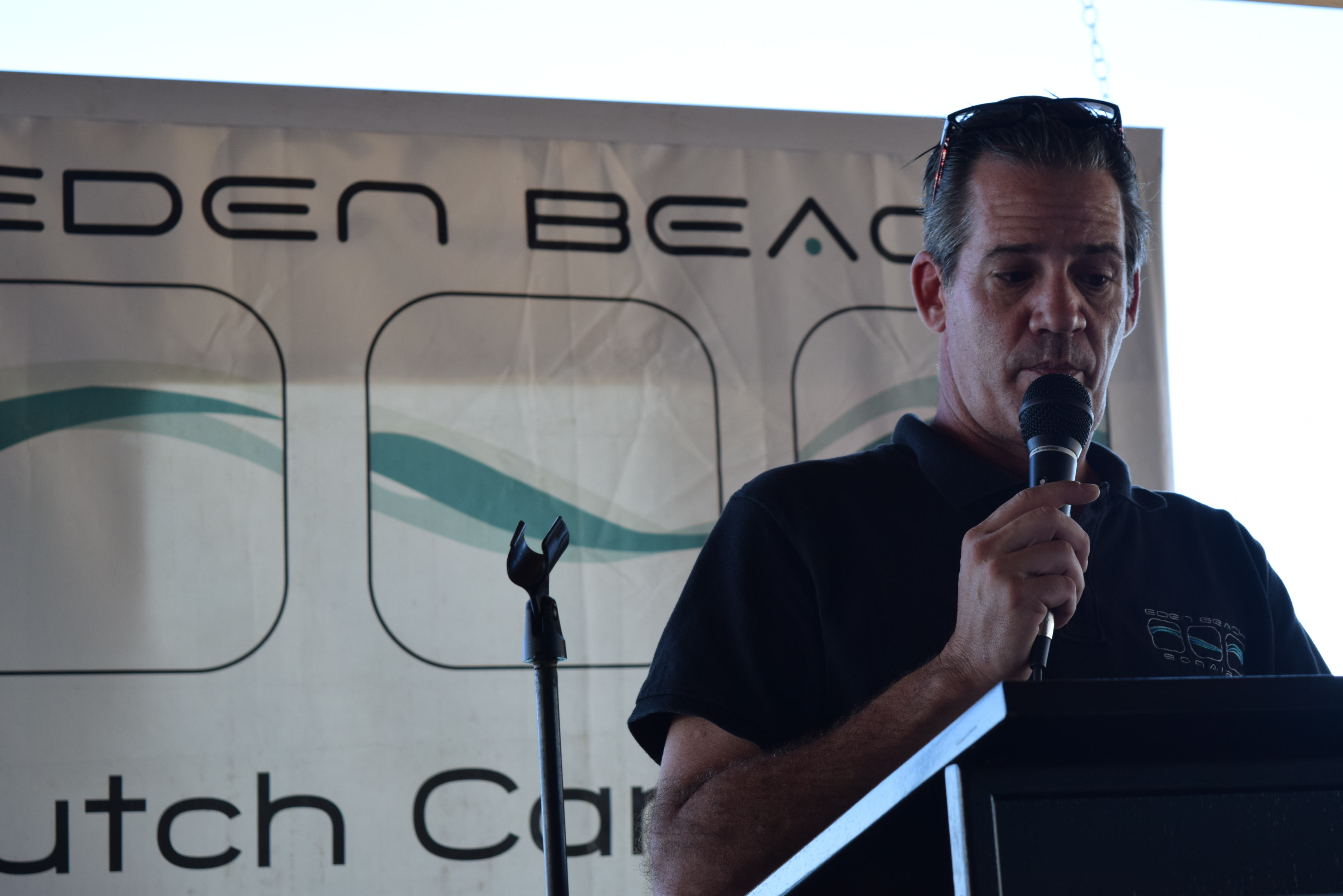 Olivier Domingo from Latino American de Inversiones tells about the plans for a new resort next to Eden Beach. Photo: The BES-Reporter

An agreement to develop the resort on the terrain of the former Sunset Beach/Hotel Bonaire terrain was signed this morning between LAI and Bonaire Overheidsgebouwen N.V. (BOG), a government owned company that manages the government’s real estate. BOG had purchased the terrain in the hope to have it developed and restore the area to its former glory. Divi Resorts had previously also signed an intent to develop the terrain, but was thwarted in her plans by the financial crisis of 2008 and 2009. LAI will invest a sum of no less than 12 million dollars in total. The project will be executed in 3 phases and will generate 60 new hotel rooms for the island. The project will be financed by Orco Bank.

The Public Entity of Bonaire, represented by lieutenant Governor Edison Rijna and advisor to commissioner Nina den Heyer, Gianni van den Heuvel, said to be very happy with the development. Together with the plans by Chogogo-resort owners from Curaçao to construct a new resort in cooperation with travel agency and airline TUI, this represents an important impulse to the local tourism industry. BOG director Anthony Nicolaas said he was happy to see local investors showing willingness to further invest in the island’s economy.