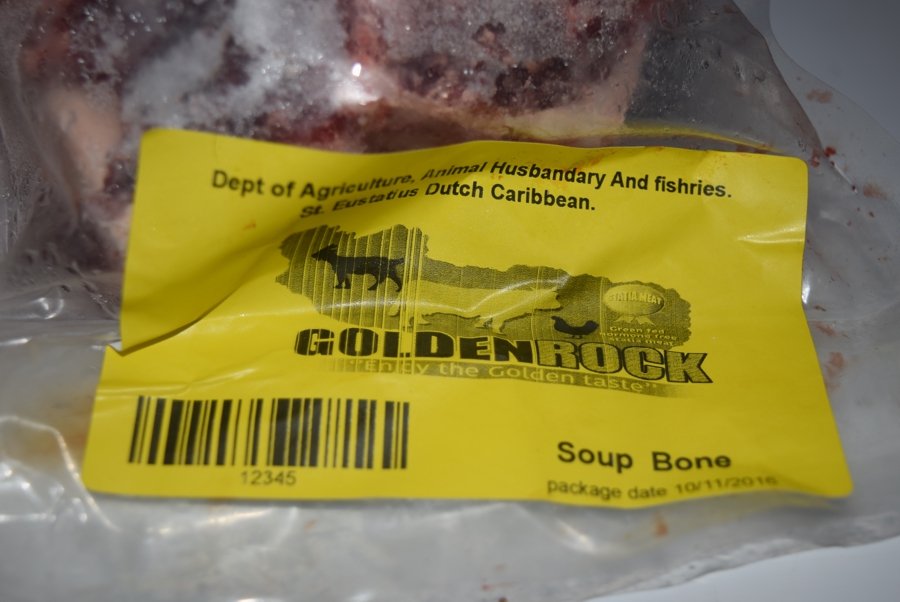 Minister of Economic Affairs Henk Kamp thinks local production will be one of the keys to achieve more moderate prices on the islands. Photo: BES-Reporter.

The Hague- The high food prices on St. Eustatius and Saba cannot be blamed on excessive profit margins made by the supermarkets on the islands. This is one of the conclusions of a study into the causes of high food prices on Bonaire, St. Eustatius and Saba, commissioned by Minister Henk Kamp of Economic Affairs. The study, conducted by the Dutch consultancy of Ecorys and Curaçao-based Curconsult conclude that it is actually a confluence of factors which all contribute to the relative high prices in the supermarkets.

In Saba, the prices for food products has increased about 25% since the transition in 10-10-10. In St. Eustatius, the cumulative increase has been about 17%. Just as was the case in Bonaire, according to the consultants, the biggest increase in Saba and St. Eustatius occurred in the first years after the transition.

For most of the selected products, according to the study, there has been a steady rise in product prices. The consultants note that on Sint Eustatius and Saba prices can have a volatile and not always logical character.

The study also shows -not surprising to those living on the islands- that products are usually bought from wholesalers in Sint Maarten and transported from there transported to the islands. The report concludes that the bulk of transportation depends on a sole shipping company, namely Mutty’s Pride.

The analysis of the market for basic food products shows that there are six supermarkets on Saba, three of which are relatively big. On St. Eustatius there are eleven supermarkets, of which Duggins Supermarket is by far the largest.

The consultants conclude that there are a lot of myths surrounding the price of food products on the 3 islands, such as high costs of transportation, high electricity costs, the tax burden, the margins made by supermarkets and the lack of competition.

The report concludes that there is no one single element to blame for the relatively high food prices, but that it is more a complex of factors, which each add a little to the total price.

According to Minister Kamp in a letter to the Second Chamber, there is no reason to be overly optimistic about the ability to quickly achieve lower food prices on Bonaire, St. Eustatius and Saba. The minister pointed out however that increased local food production could play in important role in achieving more moderate prices at the supermarkets.

Thank you for sharing
11
Gedeeld