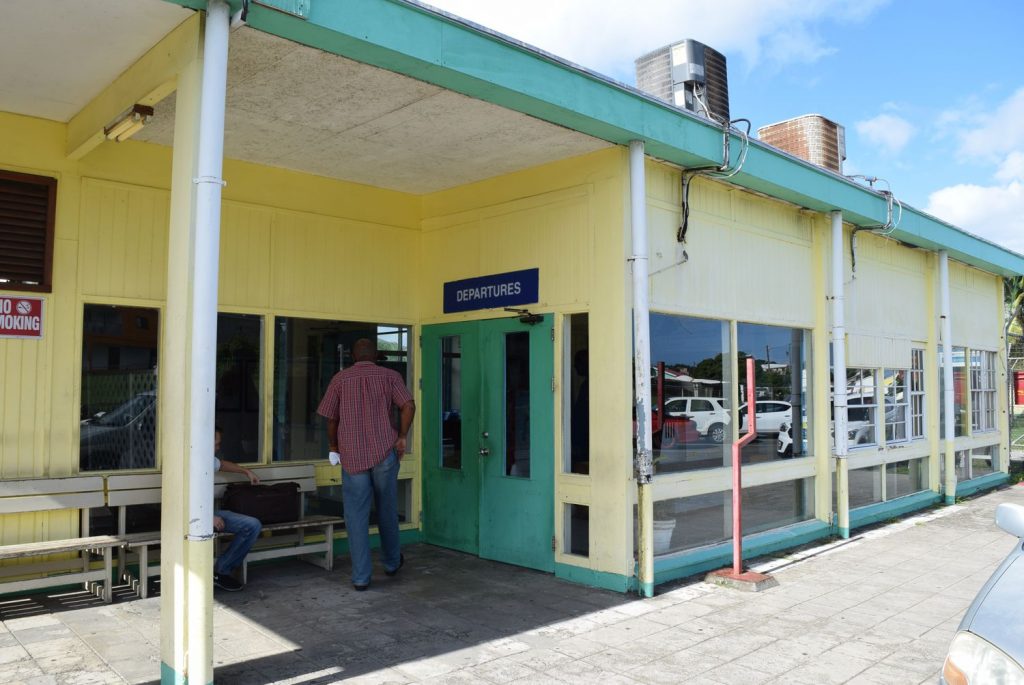 The Executive Council is working towards an upgrade for FDR Airport which, looking at the state of the terminal, has been long overdue. Photo; BES-Reporter.

Oranjestad- The PLP/Merkman coalition is preparing a much needed facelift for the FDR airport terminal, in spite of the limited means the government has at its disposition to do so. The plans for the upgrading of the airport were confirmed to the BES-Reporter by commissioner of Finance, Charles Woodley. According to Woodley, the budget of the Public Entity has already been amended to free up the needed capital to start with the execution of the work at the airport.

“We really want to give the airport a much needed facelift”, said Woodley. Woodley explained that the facelift and a limited expansion of the facilities would make the airport more functional on the short term, while plans for a completely new terminal on the longer term are still being worked out.

“We are also planning to have a small expansion of the facilities at the airport”, said Woodley. The commissioner of Finance said that the investment at the airport was not only intended to provide a better experience to the traveling public, but also to attract new economic activity in and around the airport. “We want to create parking space for private planes to be parked at the airport, but we would also like to see other services being offered at the airport such as, for instance, flying lessons for people wanting to obtain their pilot license in St. Eustatius.

According to Woodley, the government is also working hard to ensure more airlift to and from Statia. “Looking at the problems with Insel Air and now PAWA, the government cannot simply sit still without trying to ensure we have the needed airlift”, said Woodley, who also said that securing more transportation alternatives to the island would be instrumental for the tourism sector which is still reeling from the effects of hurricanes Irma and Maria.

According to Woodley, Government has already made the necessary provisions in the amended 2017 budget to free up a total of 185.000 dollars for the refurbishment and expansion at the airport.