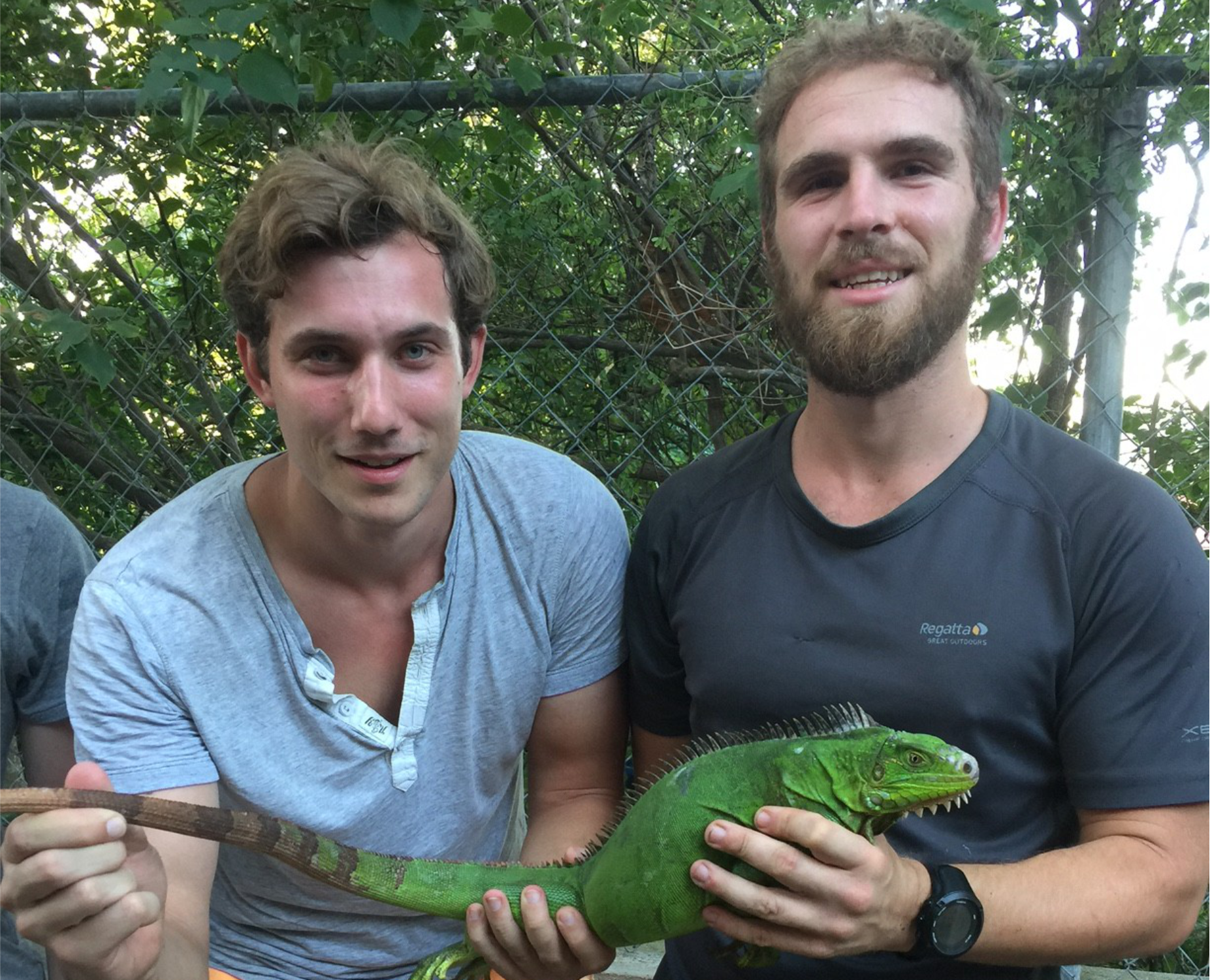 Stenapa is trying to catch as many hybrid iguanas as possible in order to prevent them from breeding.

Oranjestad, Statia- Between January 12 and January 25, 2017, intensive field surveys have been conducted by Stenapa to search for invasive Green Iguanas and their hybrid offspring on Statia.

The team invested hundreds of man-hours searching the hotspots, from early morning until late every night. Both day and night surveys brought them into contact with over 60 native Lesser Antillean Iguanas, however the no invasive green iguanas or hybrids were seen until the final day of fieldwork. During a final search last Tuesday of a private yard in Princess, where a hybrid had been photographed in August 2016, team member van den Burg spotted a large iguana with a striped tail in a tree. The team jumped into action and caught the animal. It was confirmed that it was a hybrid.

The iguana in question was the offspring of the native Lesser Antillean Iguana mixed with the invasive Green Iguana. The genes of the non-native Green Iguana are so strong that the species outcompetes the native species and eventually causes its extirpation. Key features to look for when identifying hybrids include: black bands on the tail, small bumps behind the neck, flattened/elongated head, longer spines, size and shape of scales along the jaw, and lighter colored patterns on the body.

Whilst capture of the hybrid was cause for a small celebration among the conservationists and researchers, they also warned of the likelihood of more hybrids at loose and ask residents to be vigilant and report any sightings of unusual-looking iguanas. If in doubt, contact STENAPA (318 2884) to ask for advice. STENAPA and CNSI are very grateful to the valuable help received by the general public.

During the two weeks, STENAPA staff and interns also received basic and advanced training on iguana spotting, handling, beading, PIT-tagging and monitoring from EcoPro and RAVON, and are now fully equipped and motivated to continue regular search efforts. Conservation of this endangered reptile species is considered of high importance by all relevant stakeholders, and they will continue to work together to protect the Lesser Antillean Iguana.