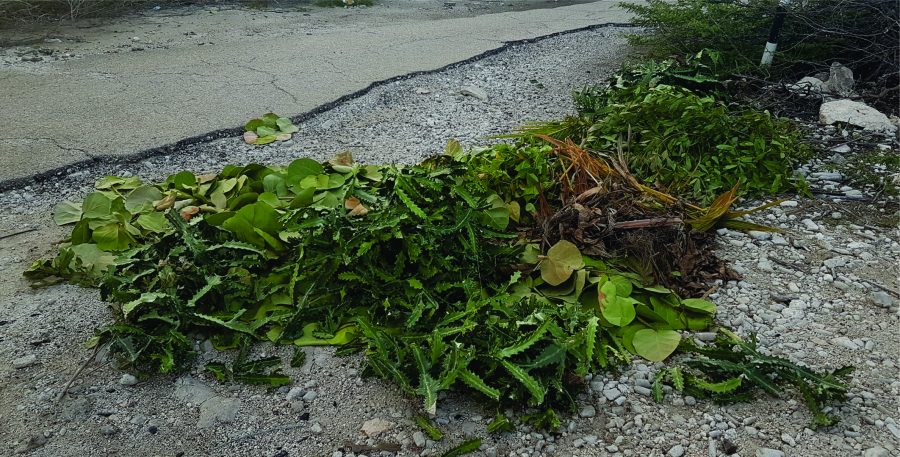 Images like these on the way to Sabadeco unfortunately are no longer an exception.

Kralendijk- An unfortunate development on the island is the fact that more and more garden waste is dumped in public spaces or alongside public roads. Landscaping workers do no longer take the effort to take waste to the landfill, but rather seem to prefer to just dump branches and other waste in a public space nearby.

This picture taken yesterday, December 14, 2016 by the BES-Reporter photographer shows waste dumped on the road towards Sabadeco, is just one of many examples to be found all over the island. Every day many buses filled with cruise ship passenger pass by on this road on their way to the North tour of the island.

It would be recommendable if the Tourism Corporation Bonaire (TCB), together with Selibon and DROB would implement a task force to deal with this type of littering on our island and hand out fines to the ones caught doing this. The efforts of ‘Tene Boneiru Limpi’ (Keep Bonaire Clean) seem to have lost their shine in recent years. Littering in the form of empty beer bottles or cans, fast food boxes or Styrofoam boxes has become a normal sight nowadays in our “unspoiled” island.