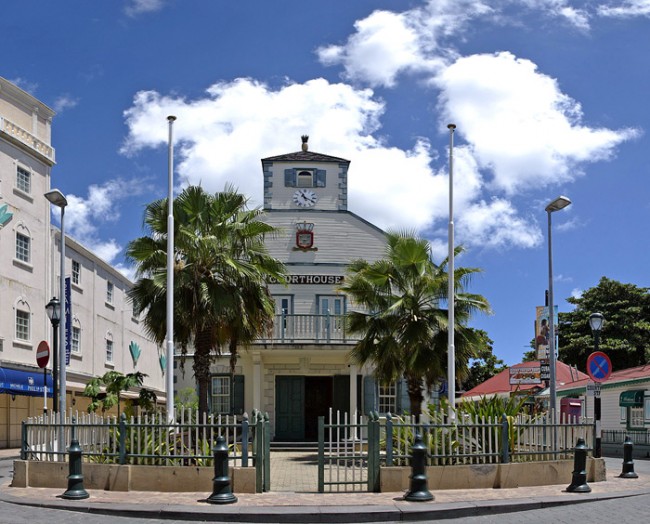 Due to the passing of hurricane Irma, the hearing of criminal cases in Sint Maarten will be pushed back till September 22nd, 2017. Photo: sxmmaps.

Philipsburg- Due to the fact that there is now an official hurricane warning for St. Maarten,the staff of the Court (The Courthouse) is preparing for the possible impact of Hurricane Irma.

According to information received from the press officer at the Joint Court, all planned sessions on the morning of Tuesday September 5th will continue. The Court will follows for its closing times the decision of the Government of Sint Maarten.

According to a press release sent out on Monday, in the case Irma strikes the The Courthouse will remain closed to the public for several days. The criminal hearings for Wednesday September 6th 2017 have therefor been postponed to Friday September 22nd 2017.

The management and staff of the Joint Court of Justice wish all inhabitants of Sint Maarten, Saba and Sint Eustatius a lot of strength and hope and pray on a safe ending.