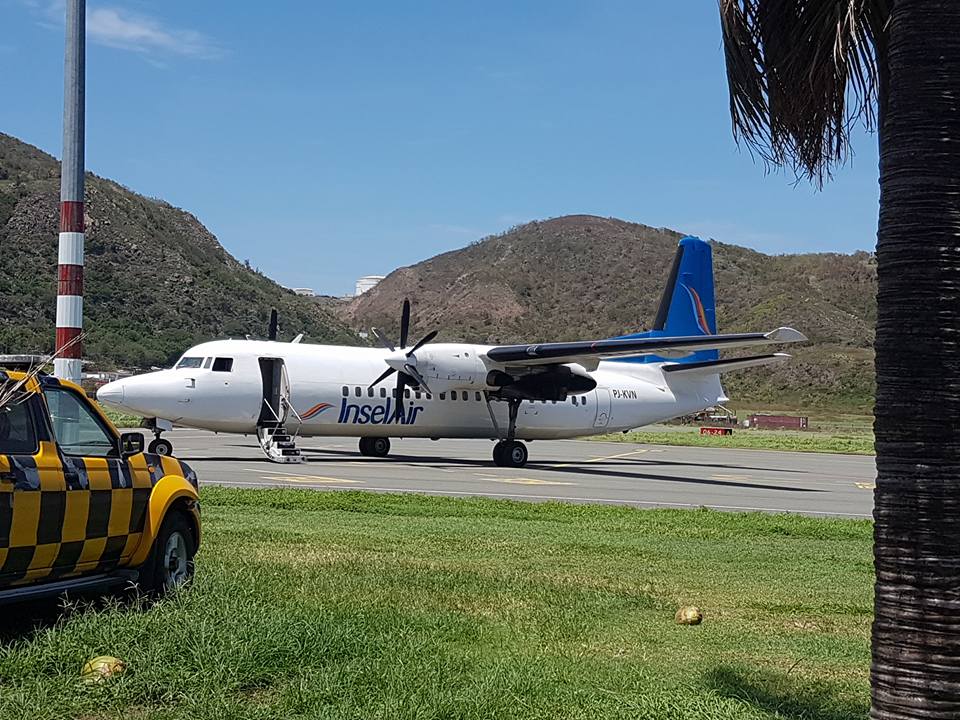 Oranjestad- Statia’s FDR Airport yesterday, September 23rd, had a special visitor in the form of Insel Air’s Fokker50 which executed a directly flight to St. Eustatius. The flight was a charter executed by Insel Air on behalf of ZVK for the transportation of patients from Statia.

Statia’s airport does have the runway to allow bigger aircraft to land and take off.

According to yet unconfirmed report, efforts are being made to have Insel Air execute direct flights from Curaçao to St. Eustatius. Such a flight would offer an important alternative for residents of the island to travel to Curaçao, Bonaire and Aruba and especially a much shorter travel time. If these flights on a 50-seater aircraft would indeed be feasible remains to be seen.

In the meantime there is no news as of yet when Winair would resume commercial flights, which are a lifeline to both Saba and Sint Eustatius. The airline is still reeling from the destruction of both it’s main and ticket offices as well as from the devastation at Princess Juliana International Airport in Sint Maarten.

As of today, commercial flights into St. Maarten will resume on a limited scale from the regional airport of Grand Case.