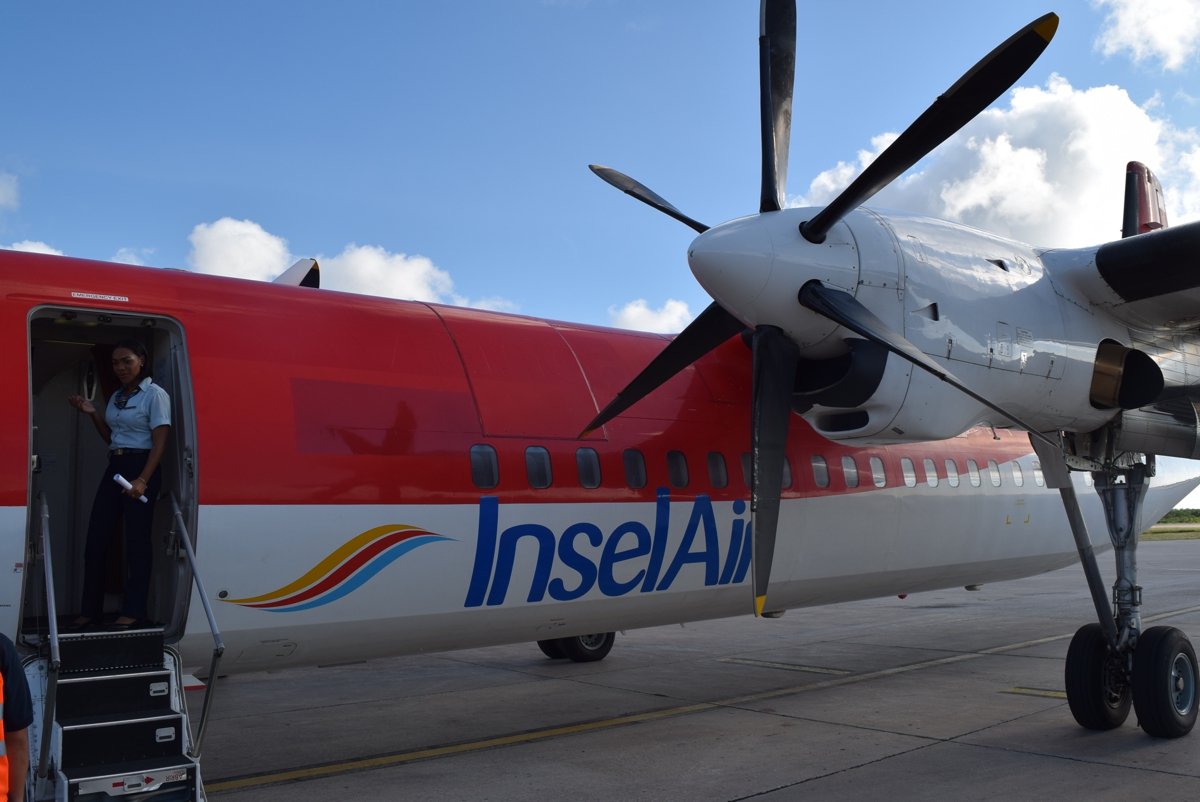 After considerable improvements during last weeks, Insel Air is back with monster delays.

Kralendijk- The flight schedule of Insel Air today was in a state of total disarray, which lead to chaos and confusion on the various flights to and from Curaçao. Flight 812 from Quito to Curaçao was scheduled for 5.30AM, but was rescheduled to 7.10 PM. Flight 402 from Curaçao to Aruba was scheduled to leave at 9.30AM but was pushed back to 2.30PM. However at 2.30PM the flight had still not left Hato airport. Flight 307 from Curaçao to Bonaire was cancelled altogether. Passengers were transferred to flight 309 which was supposed to leave at 3.40PM. However, the flight time was then pushed back to 6.30PM, then to 8.30 PM and was further delayed till 9.55PM with additional delays in sight. Flight 901 to Miami (original departure time 10.20AM) was first delayed for about 3 hours, only to be rescheduled to 11PM at night. A delay in this case of more than 12 hours.

In recent weeks the airline had managed to push back delays to a near-normal schedule and operated relatively punctual during the year-end holidays. Passengers can only hope that the difficulties with today’s flight schedule no more than a temporary hiccup.

Insel Air was recently bailed out by the Government of Curaçao after the company ran into a dire cash flow situation which, according to the carrier, is to be blamed on delayed payments out of Venezuela of tickets sold in the neighboring country. The government intends to put external managers in place at the privately owned company to ensure that funds are well managed and government can get back the money borrowed to Insel Air due to abnormal circumstances.

Insel has also improved the management of delays. Most passengers do get an email update in case of delayed flights. However, the emails are of little help once passengers are already checked in and waiting at an airport outside of Curaçao.