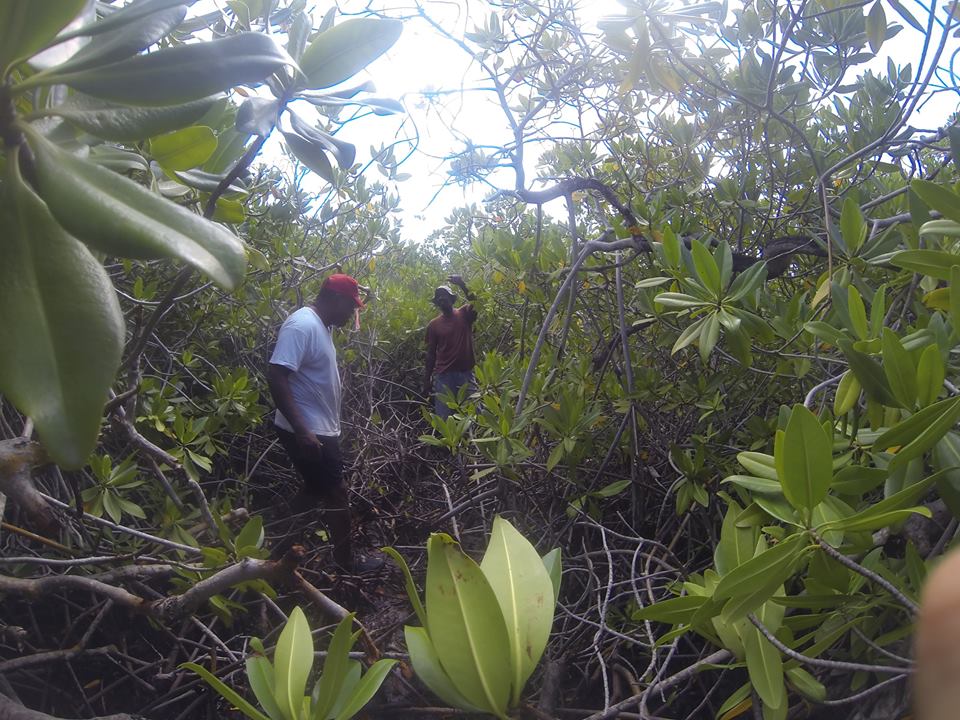 Exploring the mangroves with Nolly and Toon. Sometimes it is easy to see where the formers channels were, but we often have to rely on old maps, Google Earth Imagery, proof of connectivity with salinity measurements and flow of water.

But just as important is the knowledge of fishermen and the history of Lac. Wagenaar Hummelinck wrote in his paper that around 1900 people would go with a boat through de Awa di Lodo’s to reach the islands to burn charcoal and lime. Now the depth of the water is often less than 30 cm, with a thick layer of mud on the bottom. This Saturday Sabine went out with Nolly and Toon, who showed car tracks on one of the islands near Boca di Coco, when 40 years ago it was still connected with the mainland. Finding a mount of conch shells in the middle of the mangroves means that sometime ago there used to be open water there. Probably the old Boca di Taco. In the past the two neighbors Taco and Coco had each their own boca to Lac, now only Boca di Coco remains open. 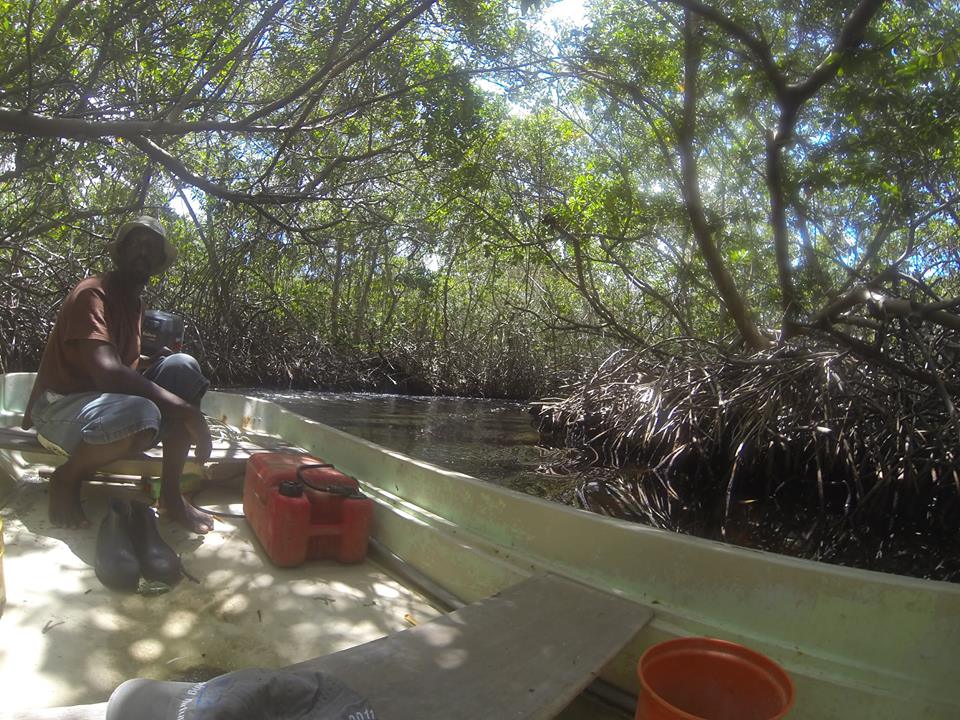