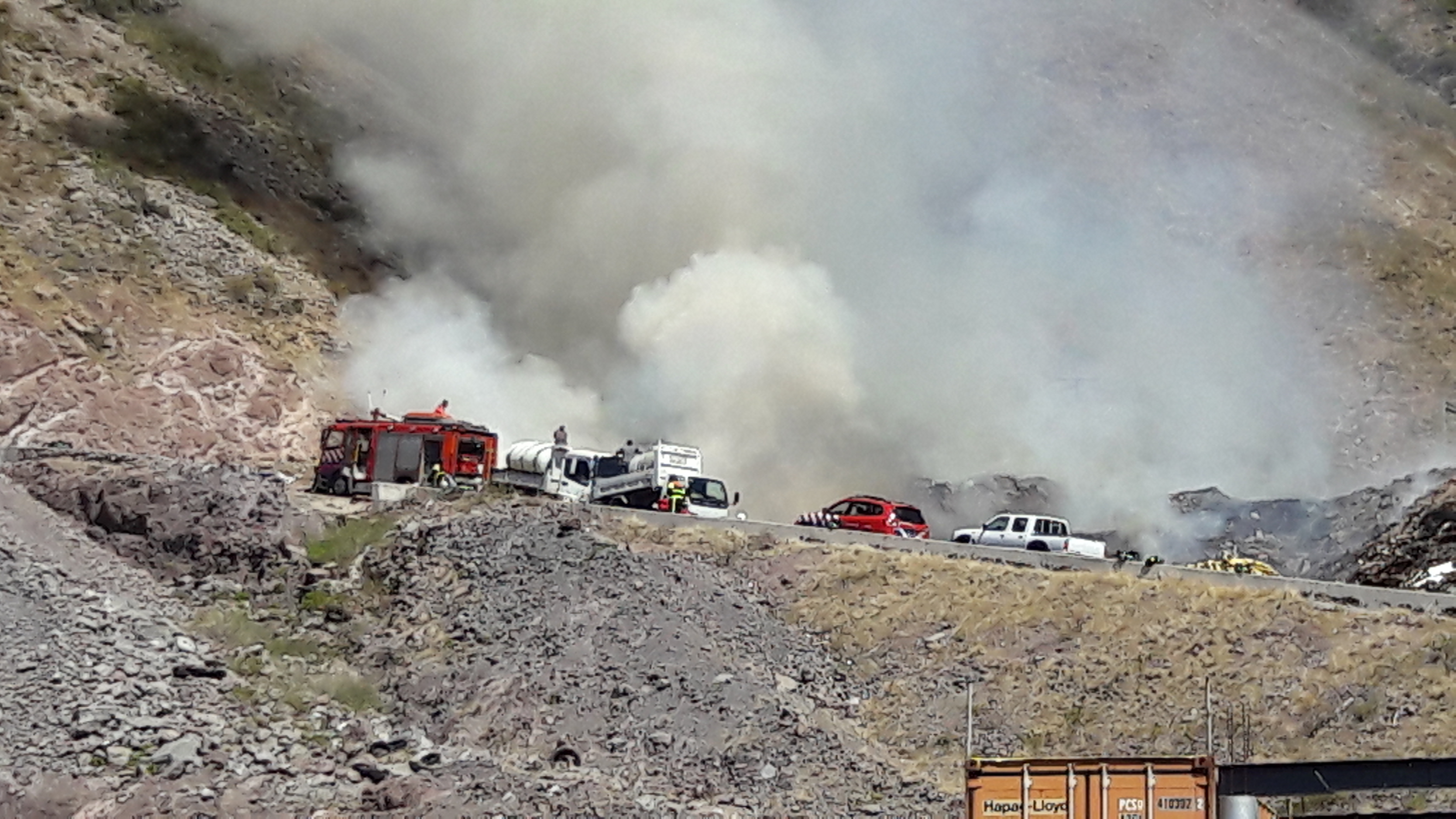 A regular sight in Sint Maarten and St. Eustatius, but not in Saba: the landfill on fire and causing much smoke for inhabitants of mainly St. Johns and The Bottom this morning. Photo: RCN.

The Bottom, Saba- On Tuesday morning, February 14th 2017, a fire was discovered at Saba’s landfill on the Fort Bay. Over the next few hours, the Fire Department with the help of Public Works and equipment of private contractors worked to get the fire under control. During this time, much smoke dispersed and spread to the neighboring villages of St. Johns and The Bottom.

Residents of The Bottom and St. Johns villages were cautioned to remain indoors and close windows during times of heavy smoke to avoid smoke inhalation. The Police Department blocked the road leading towards the landfill and the public was advised not to visit the area, in order for them to maintain a safe distance from the scene of the fire, and the resulting heavy smoke clouds and debris in the air.

All available personnel of the Saba Branch of the Caribbean Netherlands Fire Department were required to tend to the fire; therefore, the Juancho E. Yrausquin airport had to close. Legally, there can be no air traffic without a presence from the Fire Department on the airport.

At approximately 12:00 Noon, the Fire Department gained control of the fire, and the heavy smoke began to dissipate. At approximately 2:30 pm, it was decided to let the rest of the fire to burn out in a controlled manner, with various authorities keeping a close eye on the controlled burn.

According to RCN and the Government of Saba, the cause of the fire is still being looked into.