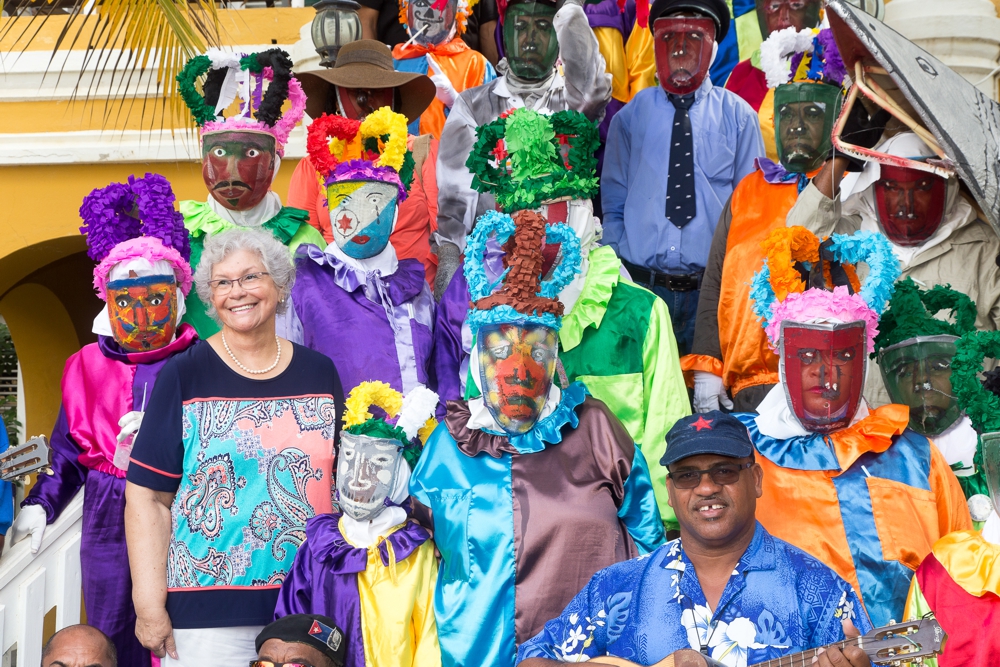 According to tradition the Maskarada group made an early appearance at the Government Building on January 1, 2017