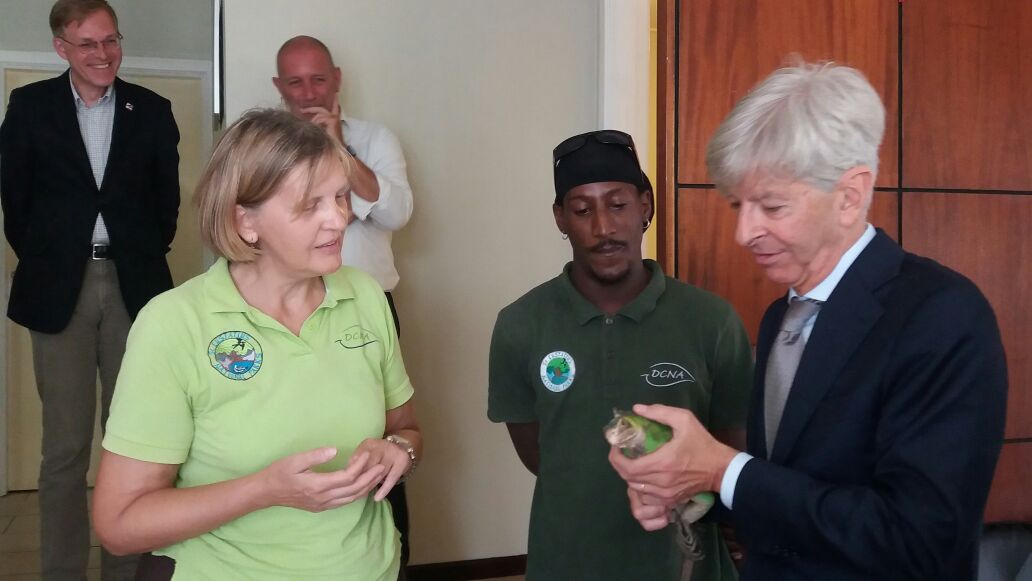 Oranjestad- Minister Ronald Plasterk of Interior and Kingdom affairs today, during his visit to the island, has been informed about the conservation work for the local iguana on Statia.

Sint Eustatius National Parks Foundation (STENAPA) showed the minister how the iguanas are caught and tagged. The minister, who has a background in biology and is experienced in handling iguanas, was very interested in the work.

STENAPA is partner in an EU-project to monitor the numbers of iguana’s and to make an estimate of how much animals are left. Sint Eustatius is home to the endangered Lesser Antillean Iguana. The lesser Antillean Iguana is now found only on a few islands, Statia, St. Barths, Dominica and recently re-introduced on Prickly Pear East, Anguilla.