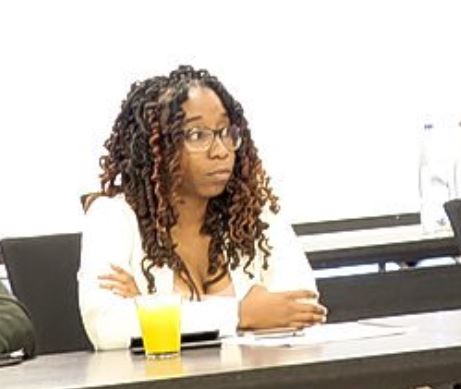 Van Putten also made known that Council Lady Rechelline Leerdam will assume the position of faction leader for the PLP starting on the same date.

The PLP leader said that this decision is in keeping with a promise he made at the beginning of the term, that after the first two years of this period of government that he would relinquish the position in favor of Leerdam, thus giving her the opportunity to gain more experience in this field.

“This is the beginning of a process to prepare the younger generation to assume the mantle of leadership in the party as well as the governing process of St. Eustatius”, said Van Putten.

Van Putten also said that he had every confidence that Leerdam was up to the task and would be able to effectively discharge her new duties as faction leader in the Island Council.

“Relinquishing this position will give me more time to focus on Constitutional Reform as well as the Social and Economic Development of the island”, said Van Putten. Van Putten will still remain leader of the PLP.