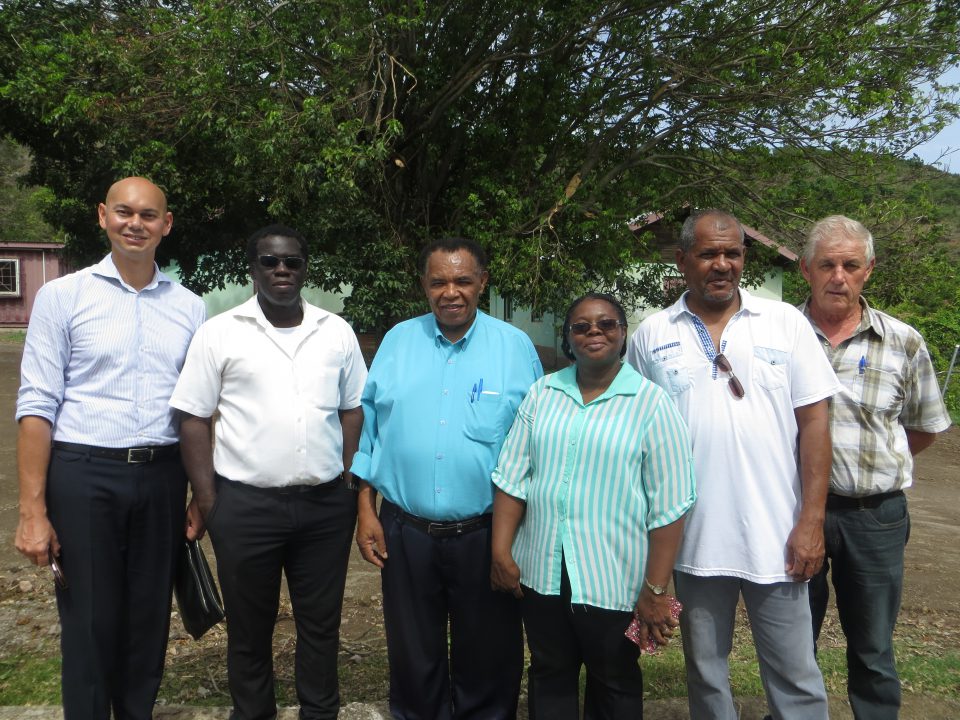 On Wednesday October 25th, the acting island Governor of St. Eustatius Mr. Julian Woodley and the Reconstruction Team, held their first round of meetings with homeowners who have suffered lost during the passage of hurricanes Irma and Maria. This first meeting targeted the 12 most urgent cases.  Homeowners were explained how and when the reconstruction of their homes will take place. During the course of next week a second meeting is planned for the remaining homeowners also affected by the hurricanes.

On Wednesday the Acting Island Governor and the Recovery Team met also with approximately 14 building contractors to inform them of the role they will play in the process of rebuilding almost 80 homes that were affected during the hurricanes in September. The reconstruction will take place in stages with the 12 most critical cases being handled first.  The damage to homes relate mainly to roofs torn off completely and others partially.  The objective is to rebuild roofs strong enough to withstand future storms. While the reconstruction will not include any new additions to these structures the process will include having some roofs replaced with concrete.

The entire reconstruction is financed by the Dutch Central Government.  Building material is scheduled to arrive on St. Eustatius during the course of next week.  Contractors hired to carry the work will be paid by the Dutch Central Government. The Reconstruction Team comprises Mel Raboen de Sanchez Pacheco as Project Manager, Edris Bennett Disaster Coordinator, and Wim de Jong Operational Supervisor, Austin van Heyningen Infrastuctie and Economy and Esmond Hook Public Works department. This team will work along with the acting Island Governor charged with overseeing this process.