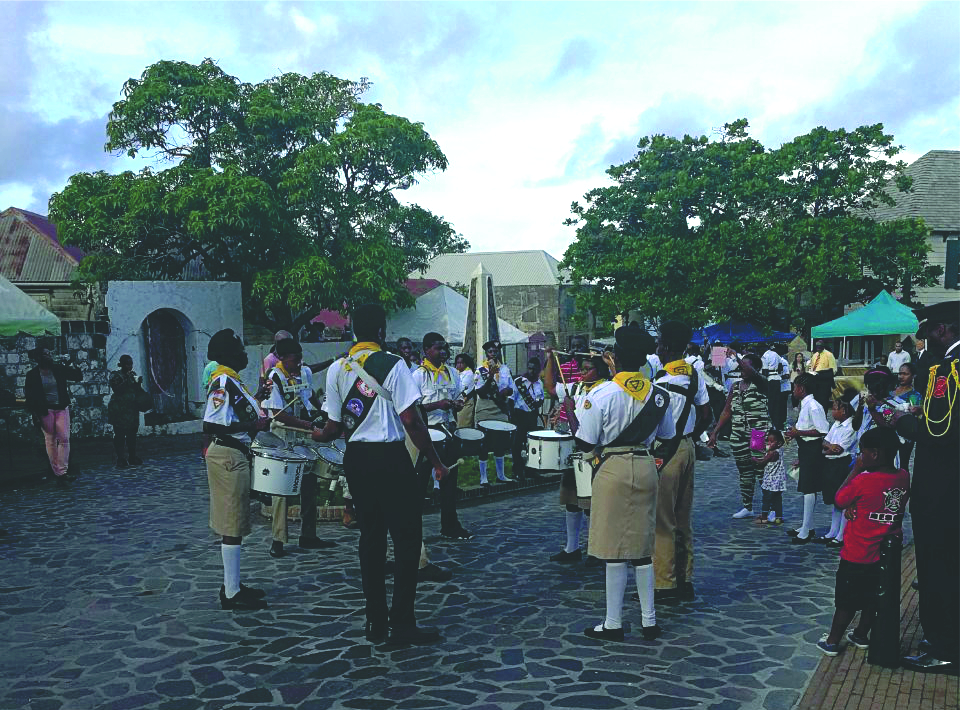 Despite the change of venue for the official part of Statia Day, the celebration was as colorful as always. Photo: Xiomara Balentina

Oranjestad- Yesterday Statia Day 2017 was celebrated on the island of St. Eustatius. Due to the fact that the Fort Oranje, normally the location for the official part of the celebration, had been declared unsafe by acting island-governor Julian Woodley after the passing of hurricanes Irma and Maria, the celebration this year too place in front of the museum in downtown Oranjestad.

In spite of the change in venue, the celebration was just as colorful and vibrant as always with especially the Statian women turning out in great numbers in their special cultural attire. An important part of the celebration this year was the official opening of the agricultural farm, Made in Statia, which has been sponsored by the Ministry of Economic Affairs.