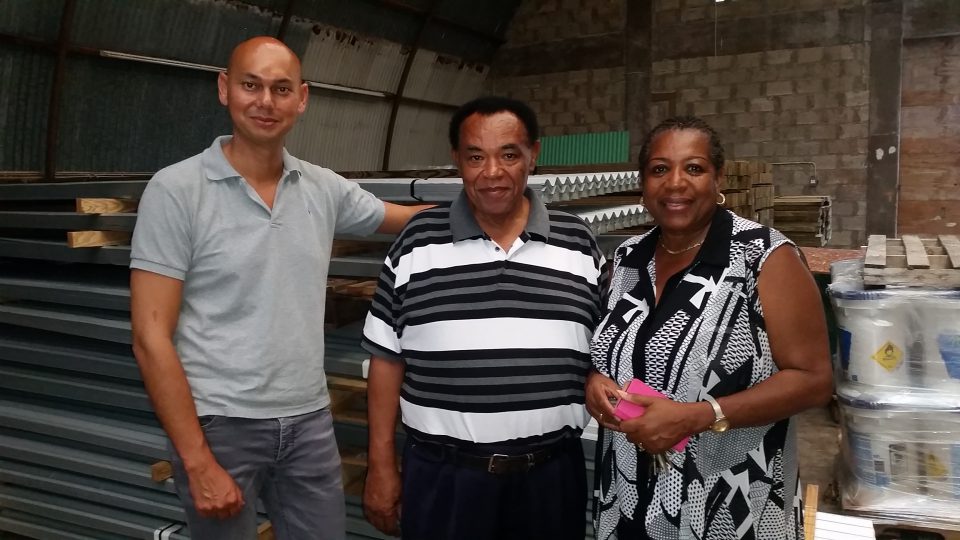 The St. Eustatius Lions Club and the Reconstruction Team have formally entered into an agreement for the rebuilding of the damages caused to the Mike van Putten Youth Centre and a social project for the rebuilding of a dwelling of someone less fortunate. . The agreement was entered into on Friday November 10th, at the Man-o-War the distribution center for the Recovery Team in the presence of acting Island Governor, Mr. Julian Woodley, Project manager, Mr.  Mel Raboen de Sanchez Pacheco, President of the St. Eustatius Lion’s Club, Mrs. Leonora Sneek-Gibbs and the homeowner.

The agreement affects the release of building materials to Statia Lions Club which will allow them to repair damages suffered at the Mike van Putten Youth Center as a direct result of hurricanes Irma and Maria. Prior the hurricanes the social organization had started the project to rebuild a home on the Mansion Road. This too suffered damage and the rebuilding will continue with material provided through the reconstruction process that is being funded by the Dutch Central Government.