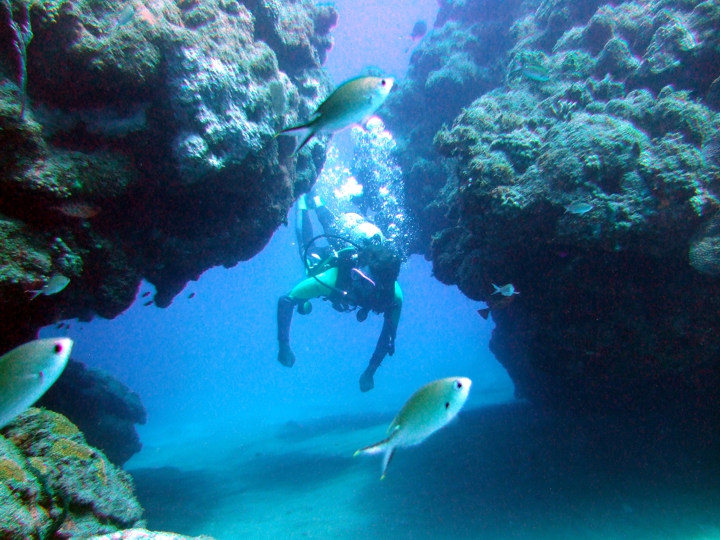 Oranjestad – Sint Eustatius National Parks (STENAPA) has never endorsed the reduction of the internationally protected marine park around the island. The nature organization stated this yesterday (Sunday) in a letter to the Executive Council. STENAPA says it was never involved in the design of the amendment to the Marine Environment Ordinance, which reduces the park, nor has it endorsed the reduction of the park in any way.

“It was only after the approval by the Island Council in May 2015 that STENAPA received the text of the draft amendment to change the boundaries of the park”, says Jessica Berkel, STENAPA’s marine park manager. “Since then we have been consulted a few times about the level of conservation in the amended situation, but it was always emphasized to us that the Amendment itself was not up for discussion as it was a done deal”. STENAPA has offered two proposals in which both the harbor and nature are taken in to consideration.

STENAPA’s statement is a reaction to a reply from government to Dutch State secretary Van Dam (economic affairs) saying that the changes to the marine park were done in ‘good consultation’ with STENAPA. “Our nature organization is open to discuss with government how to pave a way forward through this deadlock”, says Berkel, “At the same time we ask the Executive Council to adhere to the facts”, says the Marine Park manager.

STENAPA continues to say it realizes the significance a harbor is to Statia’s economic development. “However, as the organization on the island that is mandated to protect nature, we continue to have great interest in conserving the islands marine life and biodiversity for the future. We discussed in 2016 the possibility with government to organize a multi stakeholder round table conference on the island, where we can work towards a shared vision and approach. It is with great pleasure that we repeat this offer to government”, says Berkel.