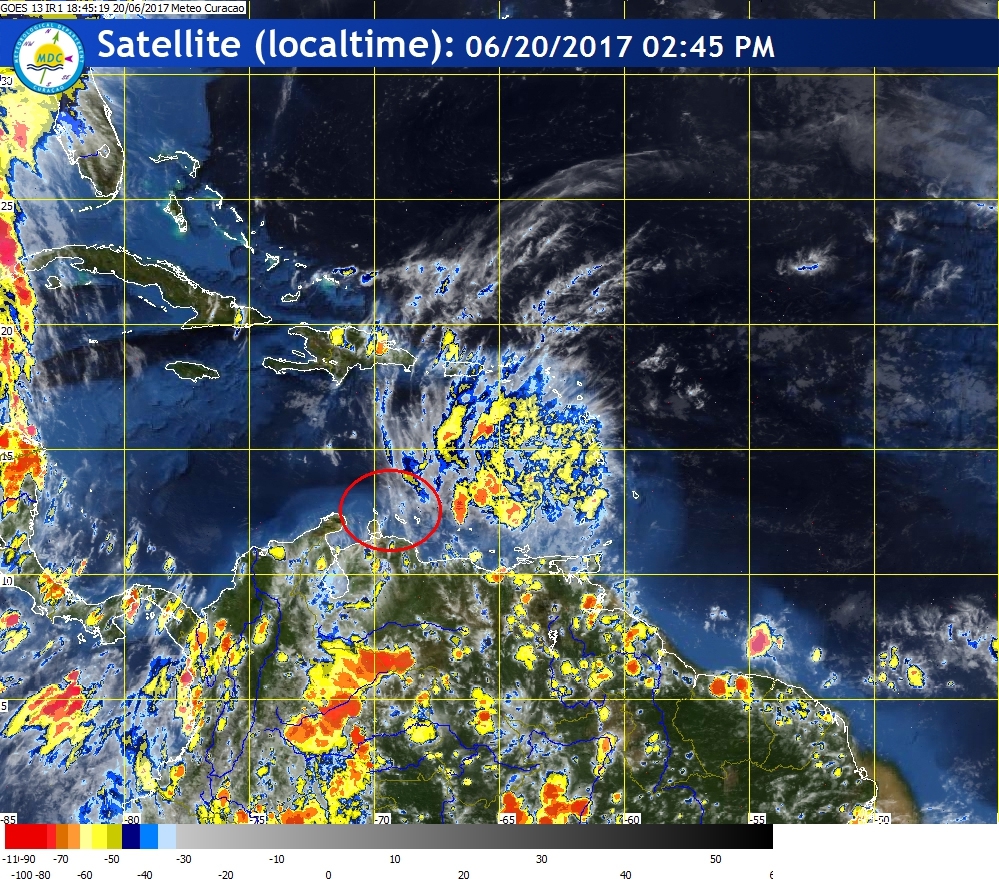 According to information received from Government, Bred has decreased a bit in strength, but can still bring rains, thunder and lightening. Photo: Government of Bonaire.

Kralendijk -The Government Information Service has informed that the Calamity Team of Bonaire is closely following developments related to Tropical Storm Bred. One of the actions already taken is the fact that different groups that belong to the local ‘Calamity Team’ have been alerted and have started preparing for the possibility of the storm passing close to the island.

According to the latest information, the storm has a veered a little to the north and has decreased somewhat in intensity. The storm has fallen to the lowest code level which is code orange.

Nevertheless, according to Government, it is still possible that there will be lightning and thunder occurring tonight and tomorrow morning. In some places, flooding can be expected. Residents are asked to take the necessary measures to prevent any damage that the severe weather may cause.