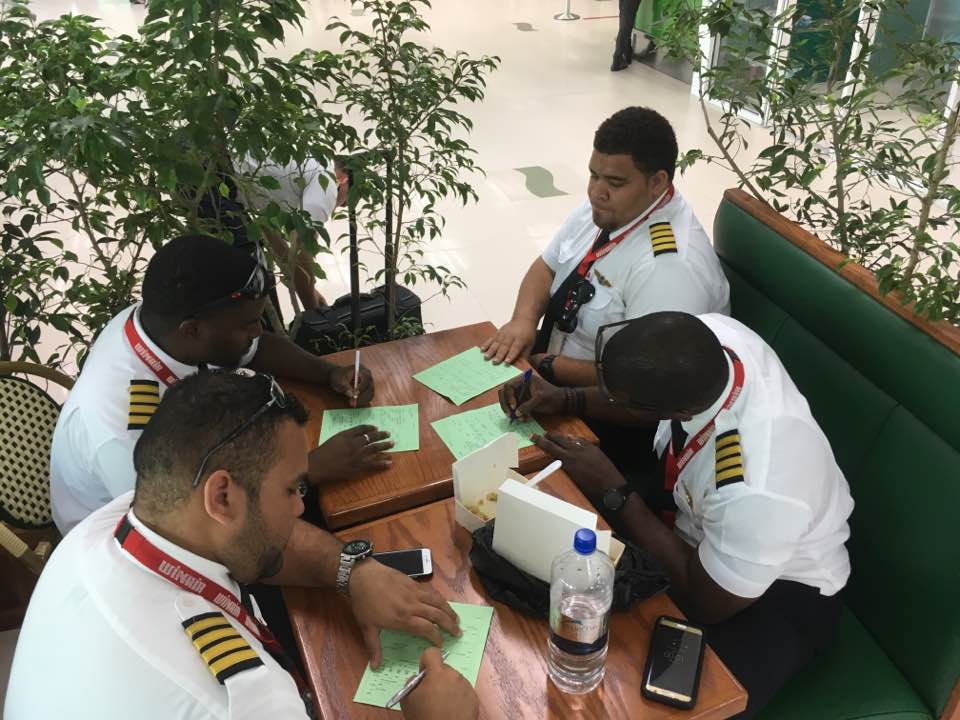 Four Winair captains are seen here on St. Kitts planning the first flights to be operated out of St. Kitts. Photo: Bòi Antoin

Basseterre- Windward Islands Airways International (Winair) is making all possible efforts to start back some of its routes after the severe damage caused to both Winair’s main flight base (PJIA) and their main office on the airport road.

The company, in a press statement issued today, stated they could not provide concrete details as of yet, but that necessary preparations were being made to restart some of the routes the airline normally covers ‘as soon as possible’. The fact that Winair at present is not operating is quite detrimental to Saba and St. Eustatius which are nearly fully dependent on the airline for air transportation.

Winair flew it’s fleet of De Havilland Twin Otters to safety in St. Vincent prior to the passing of hurricane Irma, but now wants to fly the airplanes back as soon as this is technically possible.

“Winair will coordinate its flight activities with the appropriate authorities and our focus in flight operations will be Antigua, St.Kitts, Saba, Statia and St. Barth”, according to Winair’s statement.

The airline also stated that their planes had already been prepared to start operating and were now on stand-by. The company also thanked the traveling public for their patience.